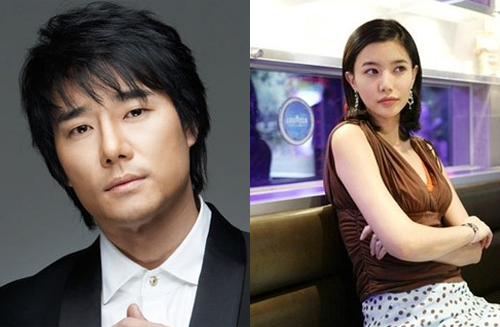 Actor Lee Tae-gon and actress Oh Seung-yeon have broken up after a year.

After starting to see each other last April, the two parted ways after just a year. This was to focus on their acting.

Oh Seung-hyun's management Kun Entertainment Chairman Kim Woo-jin said, "The two broke up. Lee Tae-gon has been busy with KBS 1TV "Gwanggaeto the Great" and Oh Seung-hyun as well, has been taking a break from work and is traveling. Being apart from each other naturally led to the break up".

Lee Tae-gon and Oh Seun-hyeon officially announced their relationship last November. The two met through senior actress Im Ye-jin and developed into a relationship in April.

Chairman Kim says, "The two met and parted just like any other couple would. Hopefully there are no backbitings".

Lee Tae-gon is currently shooting KBS 1TV historical drama "Gwanggaeto the Great" and Oh Seung-hyun is preparing for her next work.

"Lee Tae-gon and Oh Seung-hyun break up after 1 year"
by HanCinema is licensed under a Creative Commons Attribution-Share Alike 3.0 Unported License.
Based on a work from this source