Lee Yeon-hee's Body, Boa commented "Do not envy you will lose" 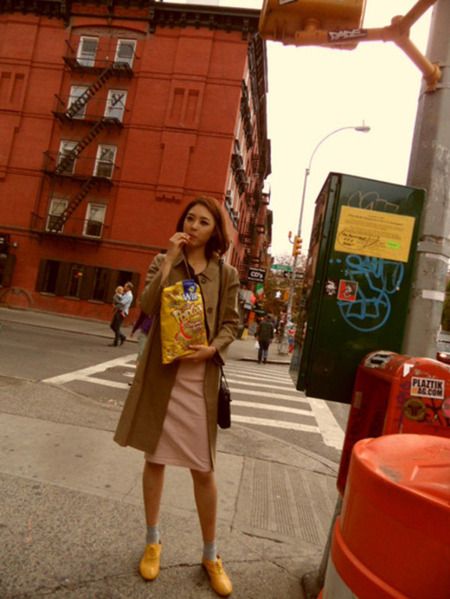 In the picture, Lee Yeon-hee was wearing camel-colored trench coat, skirt, and matching yellow shoes, and was eating popcorn with coy expression on her face. It was reminding a Korean saying, 'Just take picture. It will be a poster shoot'.

Shortly after the posting, BoA left a funny comment saying, "Golden ratio! You are losing if you envy that".

Other people who watched Lee Yeon-hee's picture also added, "Everyday is a photoshoot for her", "Even world-famous star envy that body", Lee Yeon-hee's Chuseok gift to her fans.

"Lee Yeon-hee's Body, Boa commented "Do not envy you will lose""
by HanCinema is licensed under a Creative Commons Attribution-Share Alike 3.0 Unported License.
Based on a work from this source