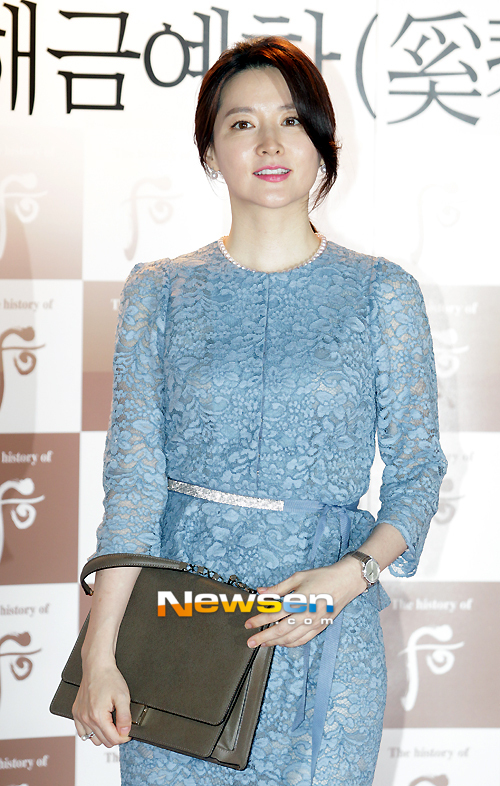 According to the Non-Commissioned Officer Academy Development Funds, Lee Young-ae made an act of kindness for those soldiers from the landmine accident.

She's always been very interested with supporting the noncommissioned officers and has been helping with various events. This might have something to do with the fact that her father and father-in-law were both in the military themselves.

Other than that, Lee Young-ae one of the many stars who lend a hand to the needy, funding scholarships and doing voluntary work.

Lee Young-ae donated 100 million won to the Asan Hospital in Seoul and also 12 million won in scholarships to a Joseon school in Harbin. She even donated a generous amount to the Lee Young-ae Elementary School in China in 2006.

Not only that, Lee Young-ae hosted an event with the Joseon women in Seoul and donated charity to establishing a school in Myanmar.

She's also been involved with some serious happenings due to her generosity.

Previously, a Taiwanese couple visited Korea and was involved in an unfortunate accident which caused the pregnant woman to have a premature birth. They needed 135 million won to deal with the medical and surgical bill. When Lee Young-ae heard this, she supported them with 100 million won.

However, the couple returned to Taiwan and the Taiwanese press published that this couple were capable of coming up with their own money as they were very well off but were given money by Lee Young-ae instead.

The Taiwanese netizens said, "This is a national embarrassment" and the couple officially stated, "We understand the criticism but it's not fair that people say we didn't use our money when we could afford it. We are going to pay her back. It's the right thing to do. We are going to save the money once our daughter has been treated and donate it to a charity organization".

However, Lee Young-ae said, "I don't believe the parents tried to fool me and I only did it because the child's life was at stake. I am happy she's doing well and that's all that matters". Apparently she is not expecting the money back and if they do want to return it, she'd rather they donate the money to those who need it in Taiwan.

Taiwan nominated Lee Young-ae for various awards in token of their appreciation.

"Lee Young-ae donates, heart of an angel"
by HanCinema is licensed under a Creative Commons Attribution-Share Alike 3.0 Unported License.
Based on a work from this source