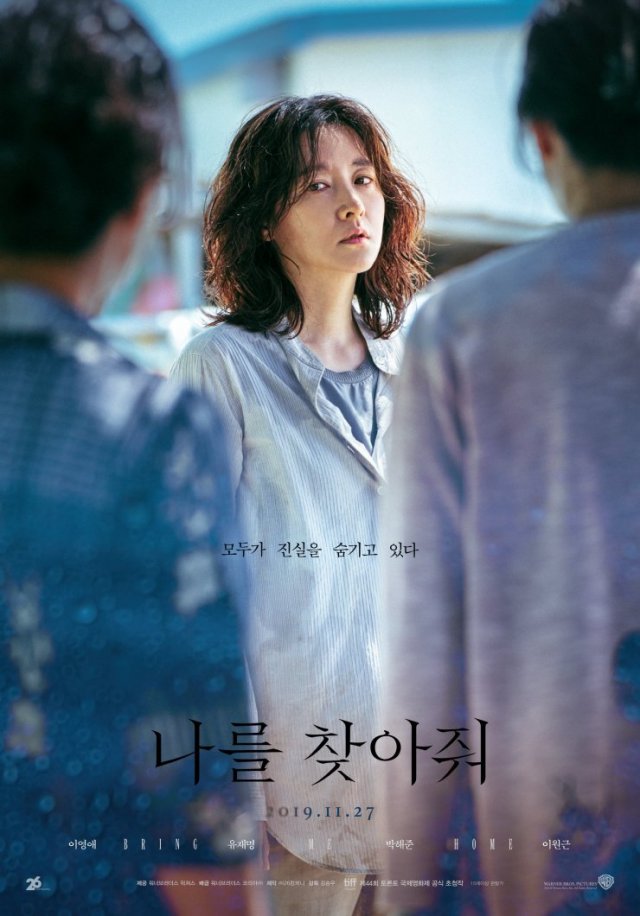 "Bring Me Home" came out on the 27th and it ranked No. 1 in ticket sales for Korean movies on the Youngjin Commission's integrated computer network and major reservation sites.

"Bring Me Home" is a thriller about a mother named Jeong-yeon (Lee Young-ae) who receives a call that someone saw her son, who went missing 6 years ago. It is Lee Young-ae's first film in 14 years. The movie is gaining favorable reviews thanks to the performance of the actors and the dramatic thrill. "Bring Me Home" was released on the 27th in CGV, Lotte Cinema, Megabox, YES24, Interpark, Max Movie and Naver as well as Daum.

"Bring Me Home" beat "Black Money" and "The Divine Move 2: The Wrathful", to become the leading contender for new Korean films, with the number of tickets sold at the top of the list.

Meanwhile, with this momentum, the cast of "Bring Me Home" is expected to meet with the audience in person through the Seoul-Gyeonggi stage greeting throughout the opening weekend of November 30th and December 1st to continue the explosive box office craze.

"Lee Young-ae's "Bring Me Home" Tops Movie Ticket Sales"
by HanCinema is licensed under a Creative Commons Attribution-Share Alike 3.0 Unported License.
Based on a work from this source