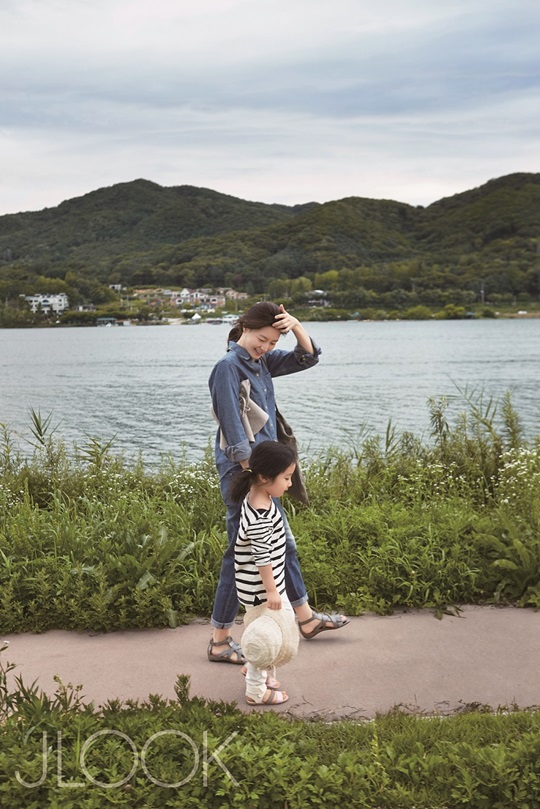 Lee Young-ae shows off her beauty and a glimpse of her daily life in a photospread.

Via the August edition of Magazine JLOOK, Lee Young-ae makes public her beauty photos and a video showing off her of shinny skin secrets in addition to a column called "Lia column" about her country life amongst the mountains and river. It is quite unheard of that an actress would be given a magazine column with her name on it.

Lee Young-ae, in this column, wrote honestly about taking walks with her family with beautiful nature as a backdrop and her life at Muno-ri. The actress is expected to consistently continue communicating with the public via the column after this month's "Lia column". 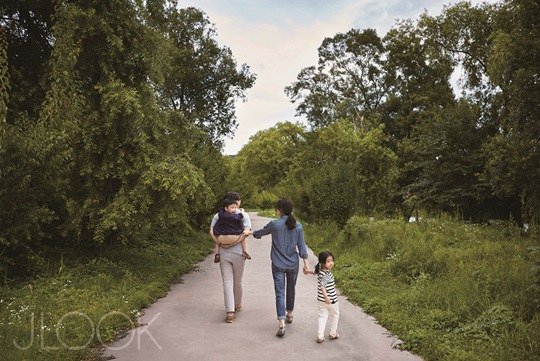 She says "During this long rest bite, I spent a lovely time as a wife and a mother. We are spending our fourth summer in Muno-ri located down stream of the Bukhan River. Initially, I didn't like the hot tiring and harmful to my skin season of summer season but I gradually got to love it while spending time here. Soon I'll see you on my new show 'Saimdang: Light's Diary'".

The beauty photoshoot held at a hotel looking down at Namsan is sponsored by the cosmetic brand "The History of whoo" that recreates the palace beauty secrets only made available to queens. In the photos, Lee Young-ae showed off her clear skin, which is unbelievable for a woman in her 40s, wearing a chic black and white dress in front of the camera. 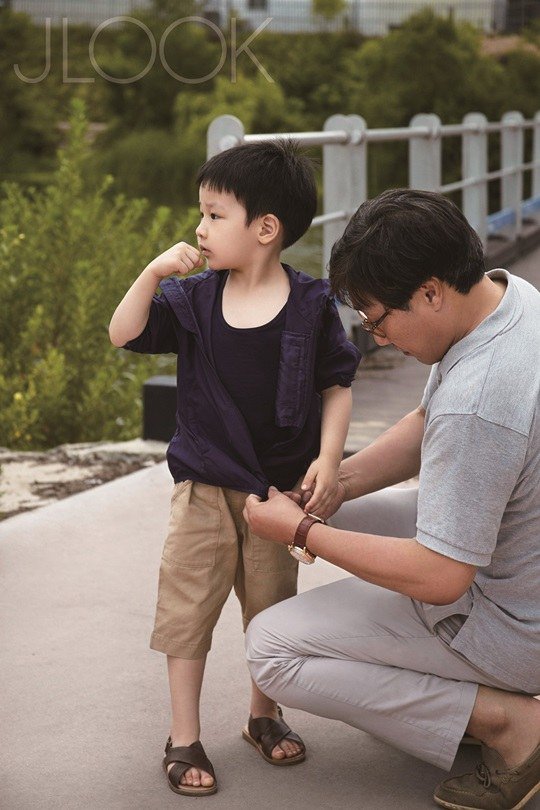 In addition, a "making of" video was film using the concept of black and white to provide back stage access to the shoot for the public. In the video, scenes of the actress preparing, putting on makeup, and posing for the camera not available in the photas are made available. You can find this video on JLOOK's Social media and YouTube accounts.

Lee Young-ae will make her TV drama comeback after a 11 year absence with SBS' drama "Saimdang: Light's Diary" scheduled to air sometime in 2016.

"Lee Young-ae's country life at Muno-ri is captured on camera. Talking walks with pretty daughter."
by HanCinema is licensed under a Creative Commons Attribution-Share Alike 3.0 Unported License.
Based on a work from this source