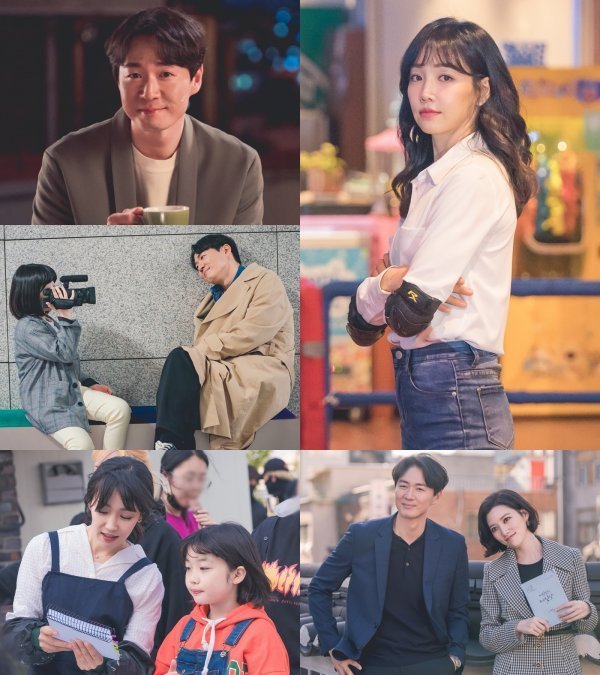 Behind-the-scenes of "Lies of Lies" have been released.

The released photos of the new Friday-Saturday drama "Lies of Lies" shows energy and bright laughter.

First of all, Lee Yu-ri (Ji Eun-soo) who plays the main character of a heartbreaking motherhood and affectionate romance stands out. She smiles at the camera every now and then, working in harmony with Go Na-hee (Kang Woo-joo) who plays her daughter.

Yeon Jung-hoon is also lighting up the set with his warm smile. He plays a devoted father and even during break times he's playing with Go Na-hee, synchronizing with his character even outside the camera. In addition, he takes a picture with Lim Ju-eun (Eun Se-mi) who he plays opposing characters with.

The cast for "Lies of Lies" create a fun and energetic atmosphere complete with the outstanding performance of creditable actors.

"Lee Yu-ri and Yeon Jung-hoon's Behind-the-scenes in "Lies of Lies""
by HanCinema is licensed under a Creative Commons Attribution-Share Alike 3.0 Unported License.
Based on a work from this source