Lee Yu-ri, Yeon Jung-hoon and Lee Il-hwa's "Lies of Lies" to come in May 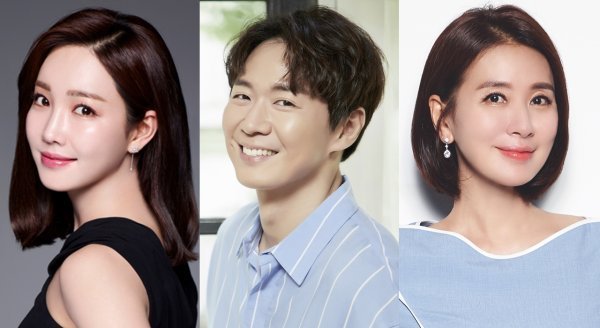 Lee Yu-ri, Yeon Jung-hoon and Lee Il-hwa are starring in the new Channel A drama "Lies of Lies", a story of true love that begins with a woman's lies to become her own daughter's stepmother.

Lee Yu-ri takes on the role of Ji Eun-soo, a woman who goes from a chaebol daughter-in-law to her husband's murderer in a second. When she finds out the child she had while she was in prison has been adopted, she does everything in her motherly power to become the stepmother.

Lee Yu-ri is a hit-maker who has been successful in nearly all that she's been in. Starting with "Jang Bo-ri Is Here!", the actress continued to prove her reputation in "Super Daddy Yeol", "Father is Strange", "Hide and Seek - Drama" and "Spring Turns to Spring".

Yeon Jung-hoon takes on the role of a gentle and just single dad named Kang Ji-min who raises his adopted daughter alone. This is the actor's first drama since last year's "Possessed". He's been active on TV with the show "1 Night 2 Days" in the meanwhile.

Lee Il-hwa turns bad in this one, as Ji Eun-soo's ex-mother-in-law, Kim Hwal-ran. She's a cold blooded character who is determined to seek terrible revenge on Ji Eun-soo when she's thought responsible for her son's death.

It is anticipated that Lee Yu-ri and Yeon Jung-hoon will put on quite a performance together. In addition to Lee Il-hwa, who makes a new attempt at a character she's never tried before, there is high expectation for a flawless drama.

Channel A's "Lies of Lies" begins in May.

"Lee Yu-ri, Yeon Jung-hoon and Lee Il-hwa's "Lies of Lies" to come in May"
by HanCinema is licensed under a Creative Commons Attribution-Share Alike 3.0 Unported License.
Based on a work from this source