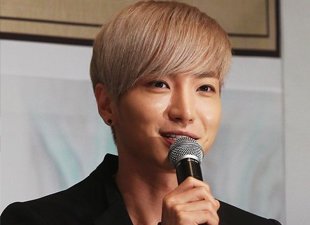 We're losing a lot of good ones for the month of October! Losing them temporarily while they fulfill their mandatory military service of course.

Super Junior's Leeteuk, 8eight's Lee Hyun, and Mighty Mouth's Sangchu were all revealed to be getting ready to enlist during October.

Lee Hyun will be entering first on October 8th. He will be releasing his "last" goodbye single before then on October 5th.

As for Leeteuk, he'll be wrapping up his activities on shows like "Star King" and "Strong Heart" before he begins his 5-week basic training on October 30th.

This will be the same date for Sangchu. Mighty Mouth even recently released that they're hoping for a number one song with their most recent comeback as the best present before they pause their activities throughout the military term.