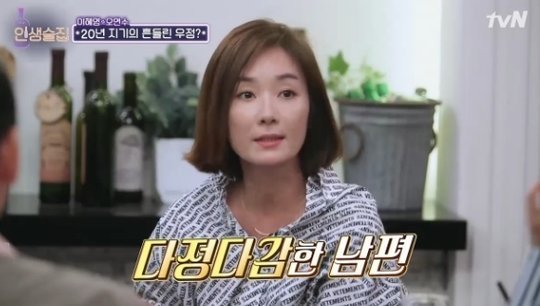 Lee Hye-young appeared on the tvN show "Life Bar" and said, "I used to be a TV commercial model and I did it because of Son Ji-chang".

"I wanted to be in the same ad as him and I was also in a drama with him but he was already in a relationship with Oh Yeon-soo".

Oh Yeon-soo said, "We were together since I was 22 years old. I have no idea why I got into something like that so young. We've been together and married for 26 years. 20 years is just our marriage. This life is over for me" she added as a joke.

Then she told Lee Hye-young, "Why didn't you take him from me then?" 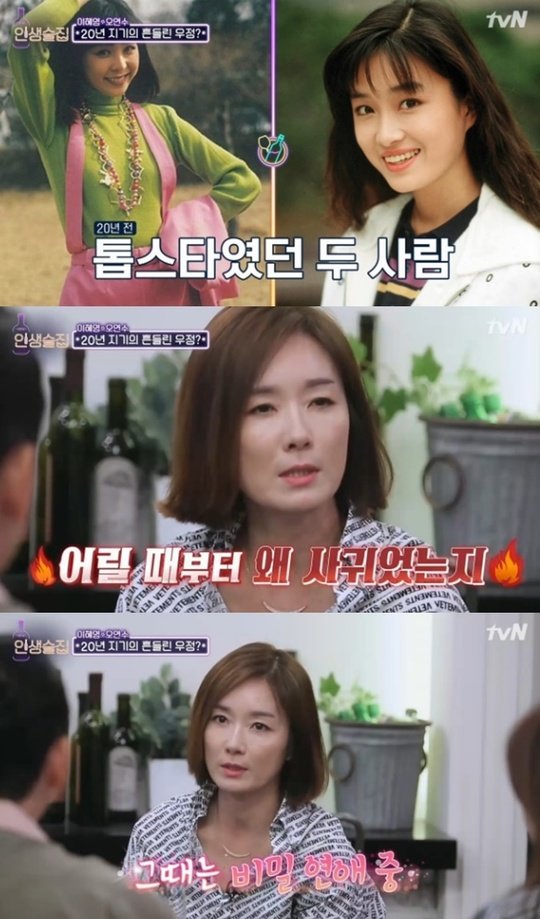 ""Life Bar" Oh Yun-soo, "I met Son Ji-chang when I was 22 years old, this life is over""
by HanCinema is licensed under a Creative Commons Attribution-Share Alike 3.0 Unported License.
Based on a work from this source