[Lily's Take] 8 Celebrities Who Were Bullied Growing Up

Someone once said that school is a small society. In such society, there's always social ranking – those who are 'in' and those who are 'out'. Whether it be from the innocent elementary school years, or the cruel high school years, the victims of this social system that leads to bullying carry wounds and traumas for the rest of their lives. The beautiful, confident celebrities seem like they were always loved by everyone and wouldn't know the feeling of not having a friend, but some have bravely spoken up and confessed that they too were bullied at one point in their lifetime.

These 8 celebrities below have spoken up about their dark pasts in the hope of stopping ruthless bullying and to give courage to those who have experienced and currently experience such tragedy. 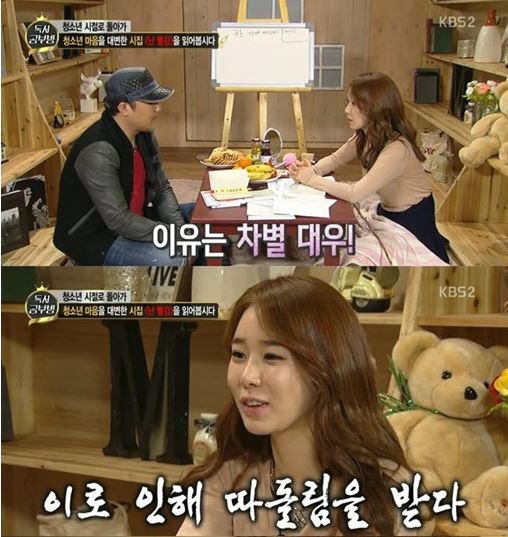 "I have been bullied in the past because of my teacher's treatment. I remember my homeroom teacher from junior year in high school. He treated me differently from other students and resulted in me being bullied by everyone.

At the time, I was preparing for my debut and had my hair longer than the school regulation. Though my hair was noticeably longer than others, all the teachers let it pass. It was good to have good relationship with my teachers, but because of favoritism, I think my friends were angry at me. I had a difficult school life. When I leave the class during lunch hour, I'll later come back to a broken chair or my desk smothered in food crumbs". 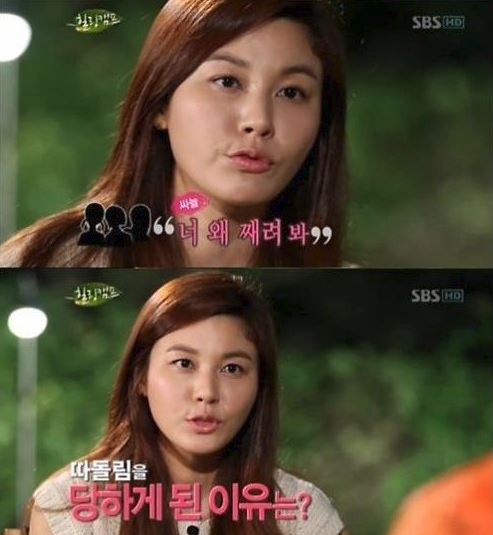 "I was bullied in elementary school and in middle school. I really wanted to make friends in elementary school, but whenever I looked at my classmates, they yelled at me, asking why am I glaring at them. Whenever I heard such thing, I got timid and thought about it for days.

When I was little, I was shy and not good at talking. I just bottled up everything inside me and walked away. When I had a dispute with friends, I couldn't resolve it, but had to endure through it without knowing why. I don't think I was bullied because I was pretty, it was probably because I looked sassy.

One day, I had a fight with my best friend and everyone sided with her. I couldn't untie that knot and suffered by myself. I was always eating by myself during lunch hour in middle school. It was embarrassing.

Lunch hours are supposed to be the most fun time in school, but I was lonely. Since I couldn't get close to anyone, I just endured it". 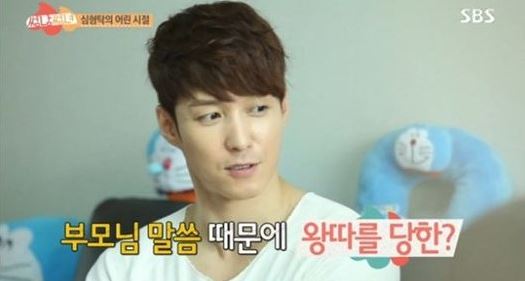 "When I was younger, I was shy but also obedient to my parents, which led me to be bullied. Since I was taller and bigger than all the kids in my class, I was often a target from the delinquent kids and they pushed me to get in fights or drink and smoke.

However, I was a very obedient to my mother's words, who always said, "If you smoke, you will die, or if you drink, you'll die early" and what not. Since I believed her words wholeheartedly, I refused their offers and they bullied me therefore". 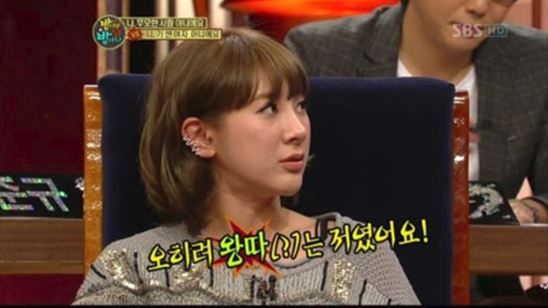 "There was a rumor going on that I bullied the new members of my group but it was I, who was the one that got bullied. Once, we were all talking about our strengths and talents in a talk show and when it came to my turn, they told the host of my mistakes and weaknesses. I was really hurt from that instance". 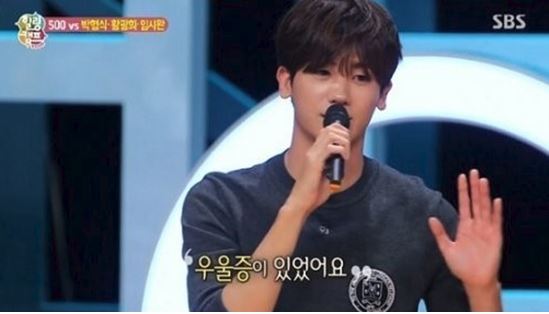 "When I was a trainee, I suffered a depression.

Before I got to this agency, I was going through training in another company. I was hurt by people back then. I became close to a manager who casted me and had many serious conversations over my future. Though it was not my intention, I guess it looked like I was kissing up to the upper management. One day, everyone stopped eating with me and pretended that I didn't exist when I talked to them". 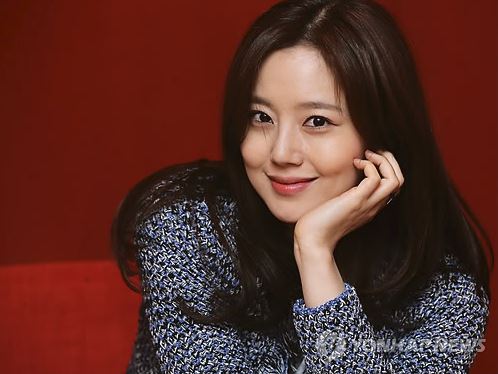 "I experienced something like being bullied in middle school.

When I got into the Chungdam Middle School right after coming up from the Daegu area, it was hard to adjust because of my accent. Since my accent naturally sounded when I spoke, I stopped talking to people for a year, trying to fix it. It was so hard to make friends there. Going through the middle school like that, that's when I decided to go to the art school for high school". 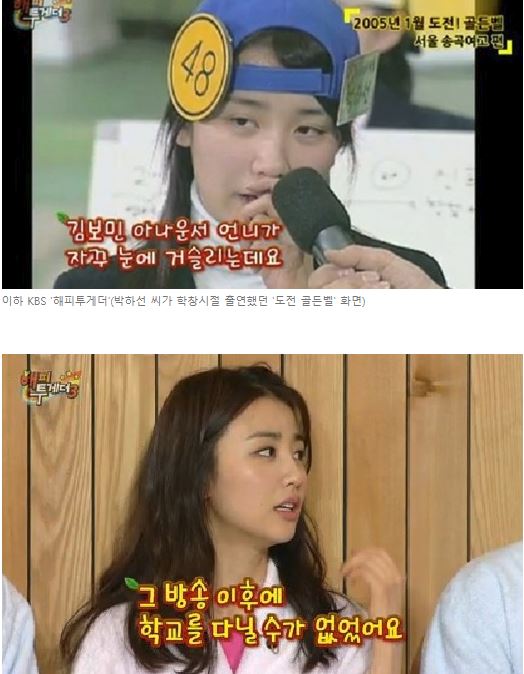 "When I was in high school, I participated in the high school quiz show "Golden Bell Challenge". At the time, I had a beauty competition with the main host, anchorwoman Kim Bo-min, because the staff members of the show made me. However, I was bullied because of it afterward, to the point that I could not ride the school bus.

I did it against my will because the staff members made me, but everyone thought I was conceited. Even my closest friends accused me and asked why I did it". 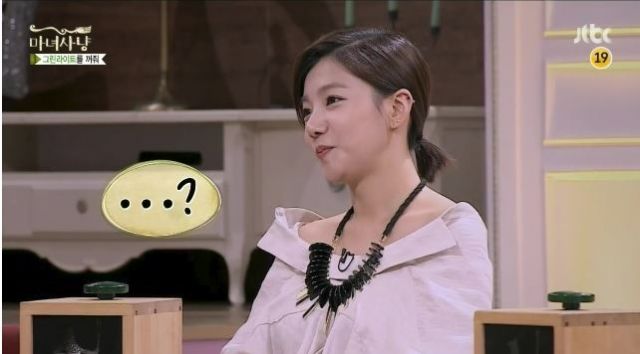 "I was bullied badly before.

When I was a student, it was hard for me to communicate with people. I had a different standard from my friends. Even now, I don't have any friends from my elementary, middle, and high school days".

Many of these celebrities, after sharing their story of why or how they were bullied, also shared that though such experience was painful, they decided to use the experience as their motivation to do good and also to strengthen them.

For those who are suffering through bullying or have been in the past, you are precious and loved. Just like these 8 celebrities, you too, will have your time to shine and experience true happiness.

"[Lily's Take] 8 Celebrities Who Were Bullied Growing Up"
by HanCinema is licensed under a Creative Commons Attribution-Share Alike 3.0 Unported License.
Based on a work from this source