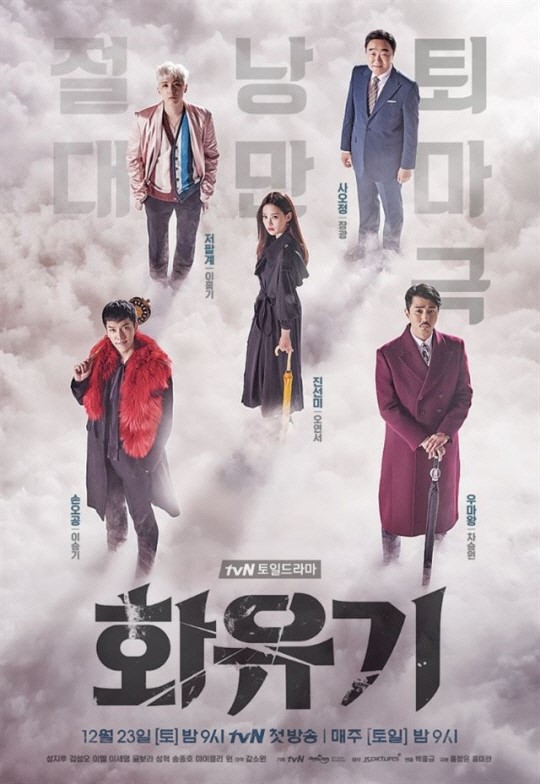 The Ministry of Employment and Labor began the additional investigation on drama, "A Korean Odyssey".

On December 23rd, 2017, a staff member was severely injured when he fell from a height of over 3 meters (9.8 feet) while stabling a chandelier on the celling of the filming set of "A Korean Odyssey". After this unfortunate event, the National Union of Mediaworkers and MBC Art team called in the Ministry of Employment and Labor because "A Korean Odyssey" aired their first episode while alledgedly hiding the accident.

Throughout the 28th and 29th, a field inspection took place and it was confirmed that the managing team of "A Korean Odyssey" continued their filming process without any improved security changes after the accident. The celling was poorly mended and the narrow hallways throughout the set were dark with many scattered props. After such a dangerous incident, the set should have been secured, but none of the needed repair was done. The National Union of Mediaworkers emphasized that the reason for the accident needs to be brought to light for the victim. The MBC Art team also filed a complaint with the police.

While "A Korean Odyssey" was anticipated by many with such solid casting and as Lee Seung-gi's first drama since he returned from his military duty, this accident is making the viewers turn away from it. Both the accident and its apparent coverup is inciting fan anger.

"A Korean Odyssey" canceled the shooting on December 28th and 29th due to the inspection and delayed the airing of the 3rd episode on the 30th. Shooting restarted on January 1st, but it's still not confirmed whether or not the show will be aired.

"[Lily's Take] Additional Investigation on "A Korean Odyssey" "
by HanCinema is licensed under a Creative Commons Attribution-Share Alike 3.0 Unported License.
Based on a work from this source