[Lily's Take] All the Cheesy Lines from "Descendants of the Sun", "Goblin", "The Heirs" etc. 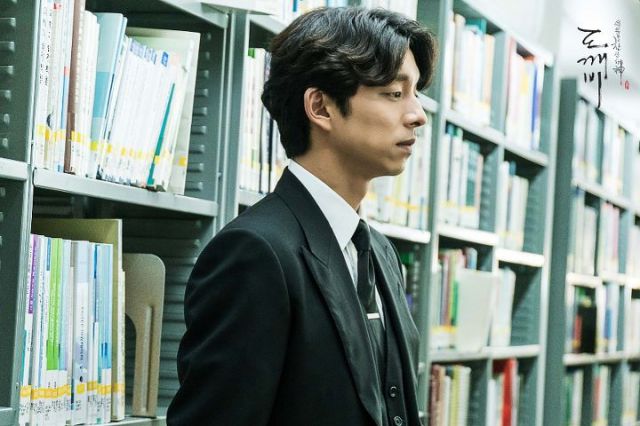 Praise the screenwriter Kim Eun-sook, who steals women's hearts with her fingertips!! Her famous works include "Lovers in Paris", "The Heirs", "Secret Garden", "Descendants of the Sun" and "Goblin". 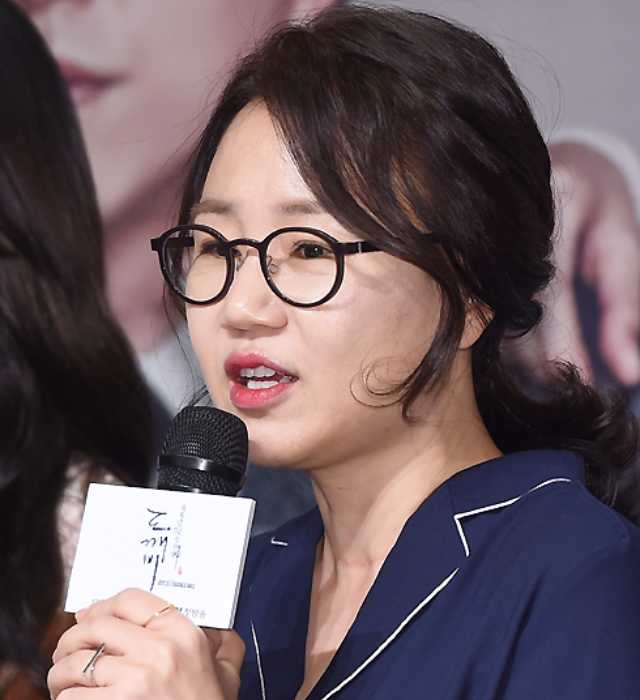 She always manage to write a successful drama every single time she release her new work! Now, we have got to take a look at what makes her dramas so good?

Of course, she creates such charming characters and have a good eye for the cast. Her works are mostly a "Cinderella story" type, where a knight in shining armor or prince (Her main guy is almost always a rich fellow.) comes to save the damsel in distress. The heart fluttering points of her dramas though, is the lines that these characters say. These lines are only acceptable in Kim Eun-sook's dramas, if anyone say these lines in real life, we will be looking at them very oddly.

In fact, her surprisingly corny lines makes all the actors flinch many a times.

Park Shin-yang shared his experience with the famous line that hit the entire South Korea in 2004: "Let's go, baby". In English speaking setting, calling their loved one "baby" is a very common thing to do but in Korea, it was a fresh new term. Ever since "Lovers in Paris", there's been more couples who call each other "baby" now, but in 2004? It was unthinkable.

The actor said, "Honestly, the first time I read that line, I was like, "What? What in the world is this?" I really thought it was a joke at first. When I realized it wasn't a joke, I was flushed and asked the others "How am I going to do this? Are they out of their minds?" and everyone just said "It's okay". I was quite embarrassed". 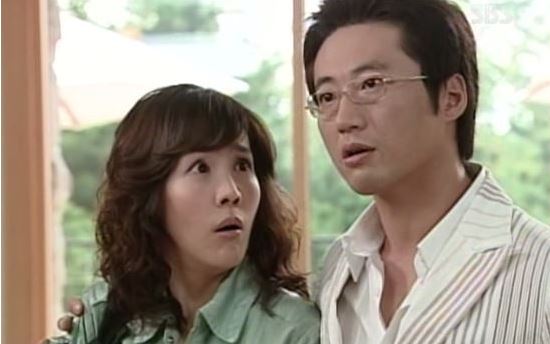 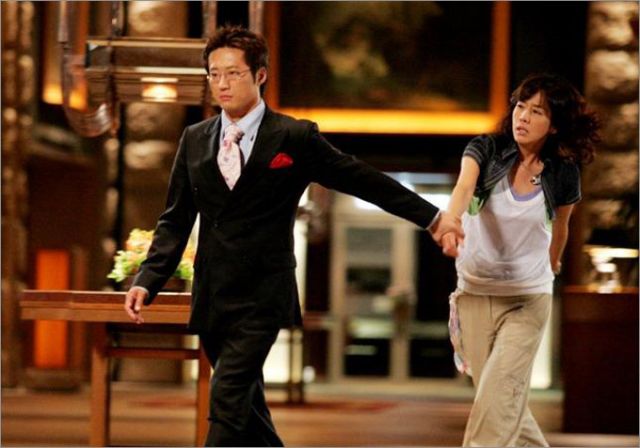 Actor Lee Min-ho also shared his reaction to his line in "The Heirs". 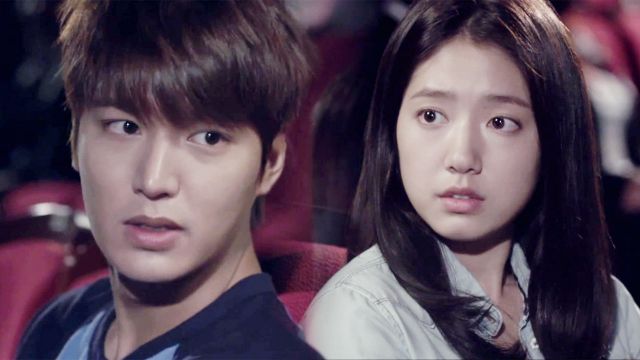 He said, "When I first read the line "Do I like you?" it was quite refreshing. At first all the staffs thought there was a typo, saying "Shouldn't it be "Do you like me?"" I thought to myself though, that it was such a new way of thinking for a love confession". 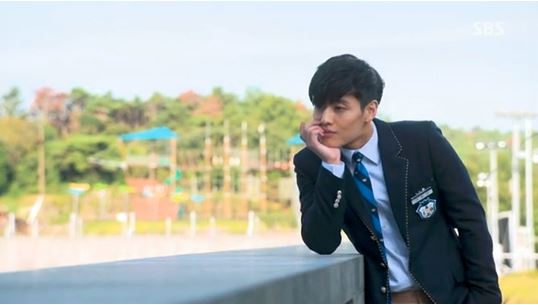 Also, the-corniest-line-from-"The Heirs"-award goes to Kang Ha-neul, who managed to say this line without bursting into laughter – "Hmm, Lucifer's appearance in the school of Satans… Interesting". Seriously, so much respect for this actor for his professionalism.

The two heroes in "Descendants of the Sun" also struggled with some of the lines. Actor Jin Goo said, "Song Joong-ki have a pretty-boy image but he is actually very masculine. When we get the scripts, he calls me and vent that there's a ridiculous line. Sometimes he teases that the last episode was his corny line but this episode is my turn for the cheesy lines".

"I get that our lines are super cheesy but I kind of get excited for it. Like, a romance as an actor Jin Goo? Haha. Anyway, I somehow got over it". 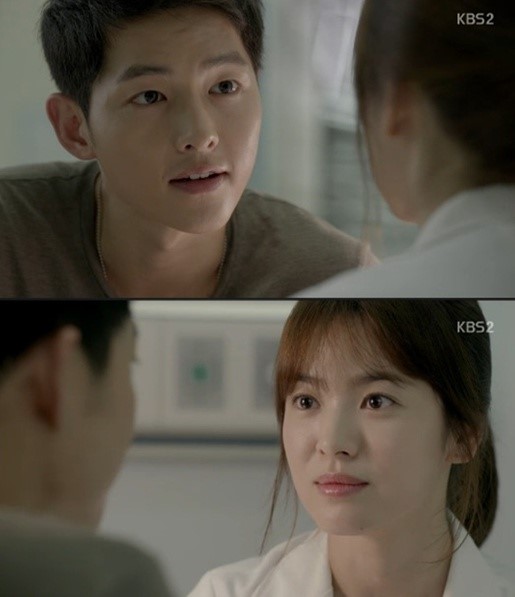 "I guess you don't have a boyfriend, doctors are too busy".

"I guess you don't have a girlfriend, soldiers are too tired". 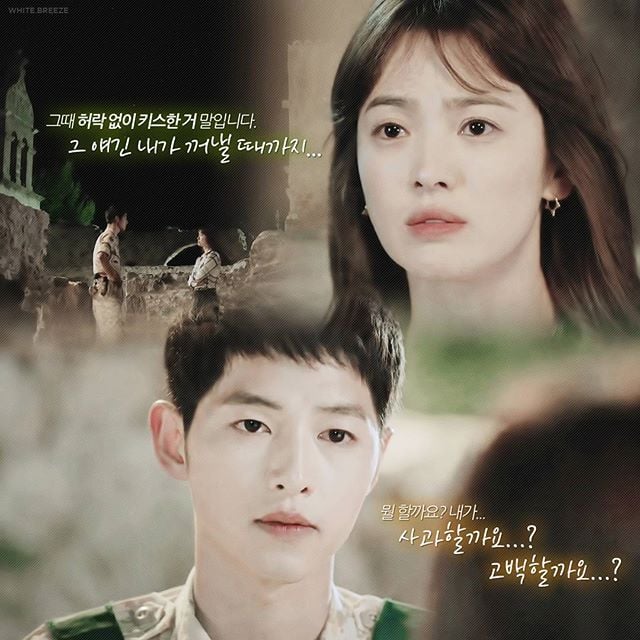 "What do you want me to do? Apologize? Or Confess?"

Little behind story for this line. The director actually took this part out saying it is way too corny and the screenwriter fought to put it back in. Again, the director just couldn't stand it so, he took it out and she yelled at him saying "This is how I live!"

There wasn't any interview for it, but Hyun Bin's line in "Secret Garden" wasn't a mediocre either. 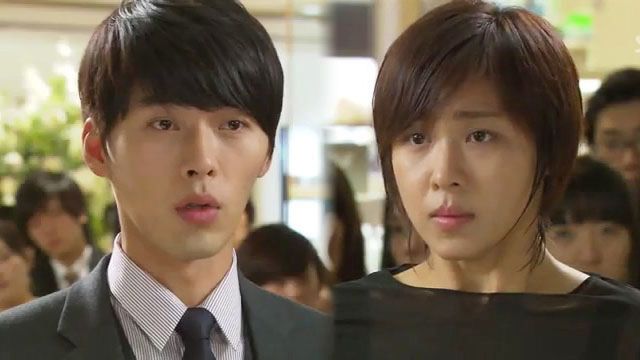 "For me, she is Kim Tae-hee and Jeon Do-yeon. I'm her number one fan". 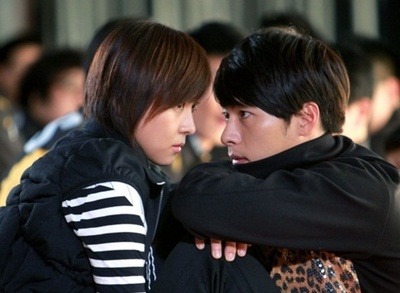 "Since what age did Miss Gil Ra-im become so pretty?"

Gong-yoo shared in an interview his bewilderment when he first read the script. He said, "At first, I didn't get it. I was like, "Did she write this trying to make us laugh?" At that point, I was worried that I was becoming old-fashioned". 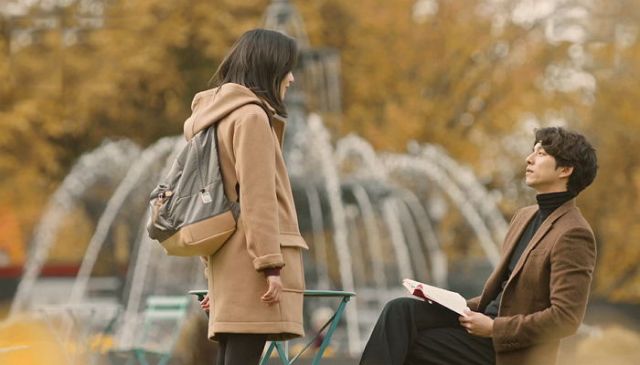 "I just couldn't ask about it to Kim Eun-sook in case she gets disappointed. So I normally just sought after Lee Dong-wook's advice on them. I had to know the meaning of these lines so I can bring it to life when I act it out". 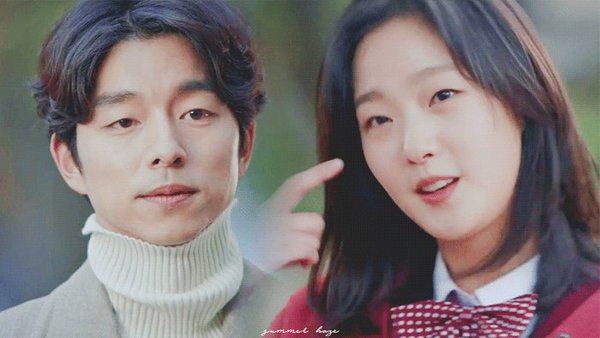 Personally though, in "Goblin" it wasn't Gong Yoo or Lee Dong-wook's line that made me laugh-cringe. It was Kim Go-eun's line when she referred to herself as Tinkerbell. My reaction was, "What is this girl saying...?!"

Personally, sometimes even a hopeless romantic like me have a hard time coping with the lines from her dramas. When I watch her dramas, it's not always "Oh, he is so romantic!" but more like, "Omg!!!!!! ahahahahaha ughhhhhhahahaha that's so… ughhhhh corny!!!!! Hahahahaha" with my clenching fist. I can't help myself but have my gaze fixated on the screen with a huge grin on my face though. Kind of like returning to that rollercoaster over and over again even though I'm puking after each ride. Lol

"[Lily's Take] All the Cheesy Lines from "Descendants of the Sun", "Goblin", "The Heirs" etc."
by HanCinema is licensed under a Creative Commons Attribution-Share Alike 3.0 Unported License.