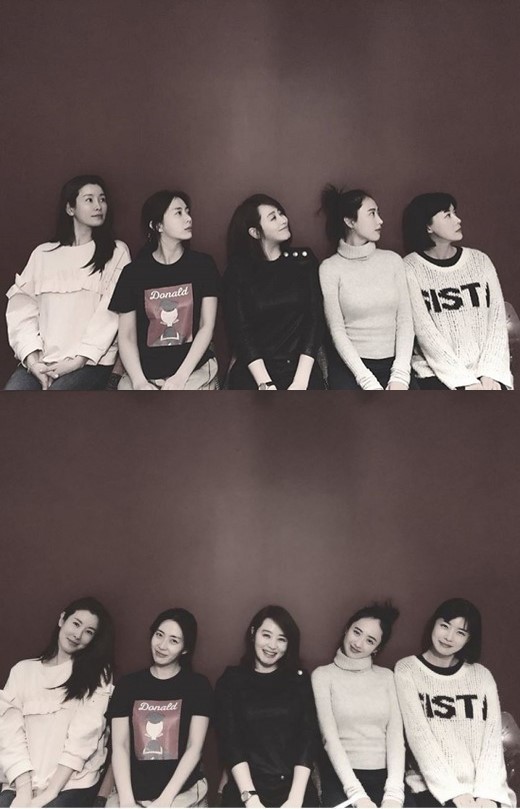 A solid friendship between top actresses is rare and when it happens, it's always a pleasant surprise to know that our favorite stars have befriended each other. This time, five actresses revealed their beautiful friendships: Kim Hye-soo, Kim Min-jung, Song Yoon-ah, Lee Tae-ran, and Yoo Sun.

On February 13th, Song Yoon-ah posted a series of sepia-tones pictures on her official Instagram account with a caption saying, "Friendship. Such wonderful company. Friends I'm grateful for and feels that they are always with me even if we rarely see each other. Park PD was taking the pictures… I love you".

In the photos, the five actresses are sitting closely together and posing in unison. Their bright smiles are radiatiant and their happiness contagious. Their lineup resembles five beautiful flowers in a row.

These five actresses developed their friendship four years ago, when they appeared on a life/health TV show called "How To Eat and Live Well". 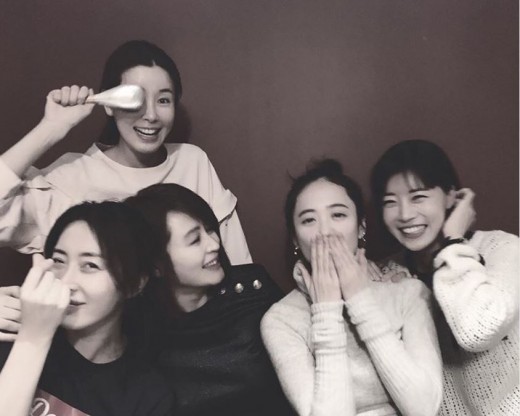 Actress Yoo Sun also shared this little reunion on her personal SNS and said, "We were so happy thanks to Yoon-ah unni who is always providing such well-made food and her comfy place. Such precious friendship. Such warm and mature people who makes me feel humble. Thank you, I love you".

"[Lily's Take] Beautiful Friendships Between Actresses"
by HanCinema is licensed under a Creative Commons Attribution-Share Alike 3.0 Unported License.
Based on a work from this source