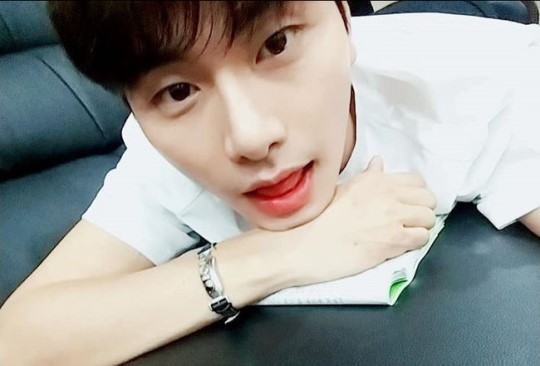 Actor Lee Yi-kyung's recent selfies shook the hearts of the fans as he is becoming more and more handsome each day.

On April 3rd, Lee Yi-kyung posted a picture on his official Instagram account with a caption that reads, "It's okay, it's alright". In the picture, his charming eyes are gazing upon the camera and his flawless skin is radiant.

Lee Yi-kyung recently starred in the drama "Go Back Couple" with long hair and surprised the viewers. His comical acting became popular among the viewers and that comical acting has continued in "Laughter in Waikiki", receiving many compliments.

Fans are commenting that they are loving him with all the comical roles, but with this handsome face, they hope to see him in a romantic drama soon.

"[Lily's Take] Fans Hope to See Handsome Lee Yi-kyung in Romantic Drama"
by HanCinema is licensed under a Creative Commons Attribution-Share Alike 3.0 Unported License.
Based on a work from this source