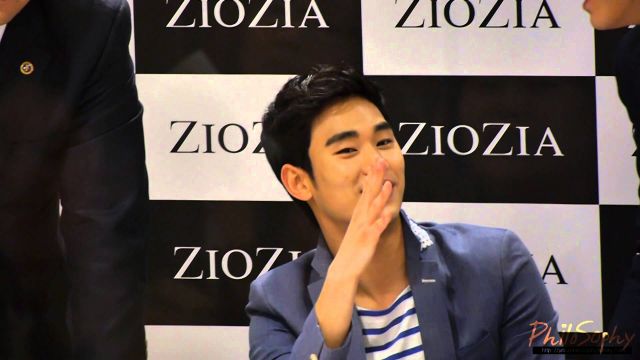 Actor Kim Soo-hyun have a nickname of "Forever Being Punished" which comes from his awkward encounters with his fans. Often times at a fan meeting, Kim Soo-hyun being a gentleman, he will offer a handshake or hugs to a fan after signing ceremony is done. However, because the fans are too shy or having been infatuated with his beauty, they will run off before he can give them the affection. Also, he is actually a bit of an awkward person in general, which, I think it's what makes him so adorable. 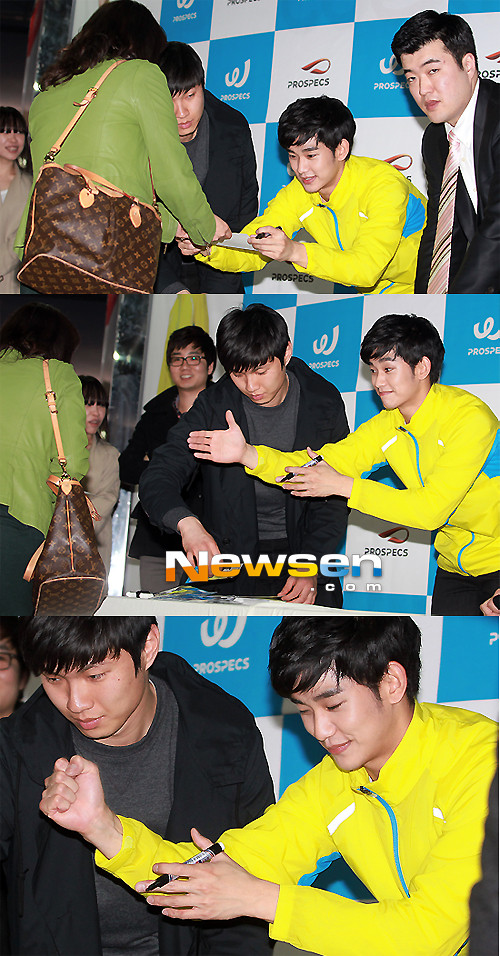 It all started from here. His face expression kills me.

Would you like to sit here? …Oh, or here I guess? …um, here..? …Well… (He is unintentionally being ignored by Jun Ji-hyun till the very end. Lol)

Alright, that was smooth. No one noticed.

Another one of his cute point is that he is so bad at direction! He is famous for being lost all the time.

(He is the first one running in the blue) Lee Kwang-soo: "Where are you going?!"

He gets lost even at the award ceremony LOL Someone please help him.

I'm in love with this actor not just because of his looks. He is one of the best actor I know in K-drama world and his adorable personality and good nature as a person makes me fall in love with him even more.