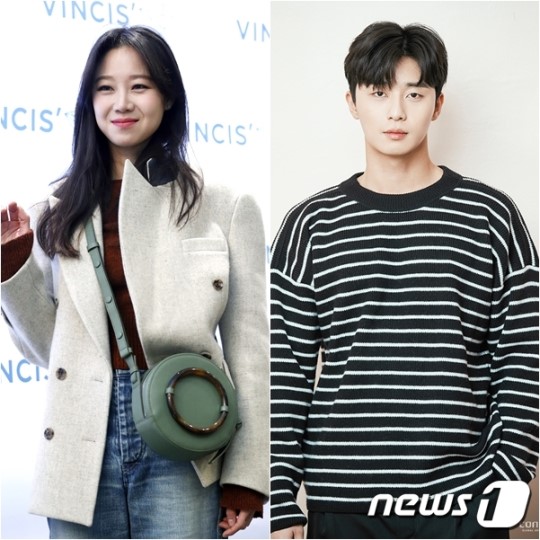 The "Be with You" team revealed that actress Gong Hyo-jin and actor Park Seo-joon will be the making a cameos in the movie.

At the press conference held on March 6th, director Lee Jang-hoon-I and actress Son Ye-jin revealed the behind story of how these two stars made the commitment for their special appearance in "Be with You".

Regarding Park Seo-joon, director Lee Jang-hoon-I shared, "We were connected to actor Park Seo-joon through the production studio of "Be with You", who previously produced the movie "Midnight Runners" last year where Park Seo-joon appeared as the main character.

For Gong Hyo-jin's casting, Son Ye-jin took over the mic and shared, "I personally requested her. When I thought about who could possibly make such a huge impact by her short appearance, I couldn't think of any other person better to fit the role than Gong Hyo-jin unni. When I asked her about it, she accepted the role willingly and casually said that I owe her one for her next movie".

"Be with You" is a remake of a Japanese movie with the same title, which was originally a best seller book in Japan. The movie is a melodrama romance, where the wife who passed away a year ago, returns home to her husband. In this Korean version, the movie will follow the general storyline, but there are few changes made into the heroine's character and minor details in setting.

The fans were already excited for the movie's stellar casting with So Ji-sub and Son Ye-jin, and now even more thrilled to know that Gong Hyo-jin and Park Seo-joon will also cameo. "Be with You" will be released on March 14th.

"[Lily's Take] Gong Hyo-jin and Park Seo-joon's Special Appearance in "Be with You""
by HanCinema is licensed under a Creative Commons Attribution-Share Alike 3.0 Unported License.
Based on a work from this source