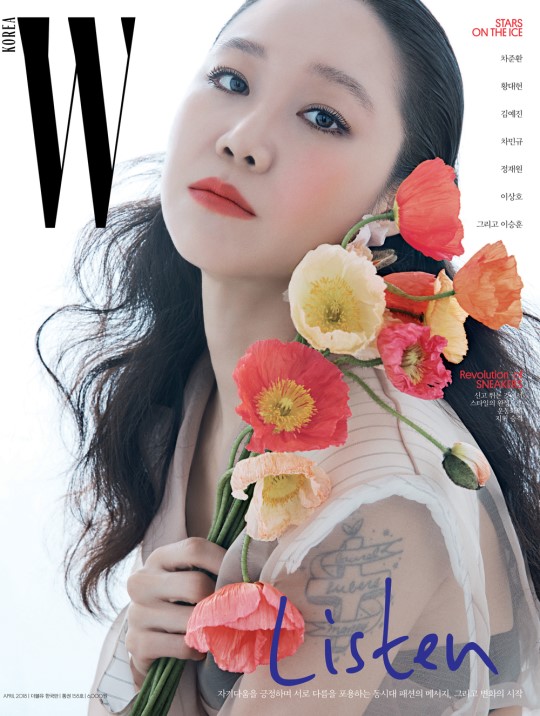 Actress Gong Hyo-jin became a spring goddess as she took a spring-themed photoshoot for the fashion magazine, W.

On March 21st, popular fashion magazine W released couple of photos from Gong Hyo-jin's photoshoot in the April edition, which was done in collaboration with the makeup brand NARS. 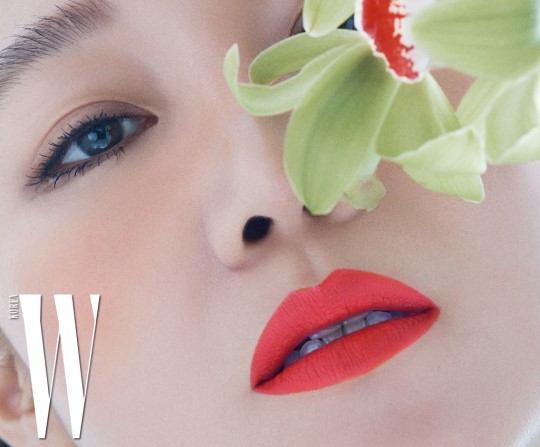 In the photos, Gong Hyo-jin is seen with colorful flowers and makeup suitable for those flowers, vivid, yet soft. The silky coral colored lips and cheeks on her beautiful face makes the photos look dreamy. Her spring warm toned skin suits the look perfectly.

The photos released made many women jealous of Gong Hyo-jin's flawless skin and vibrant energy.

"[Lily's Take] Gong Hyo-jin's Vibrant Spring Photoshoot"
by HanCinema is licensed under a Creative Commons Attribution-Share Alike 3.0 Unported License.
Based on a work from this source