[Lily's Take] Han Chae-ah to Become a Bride in May 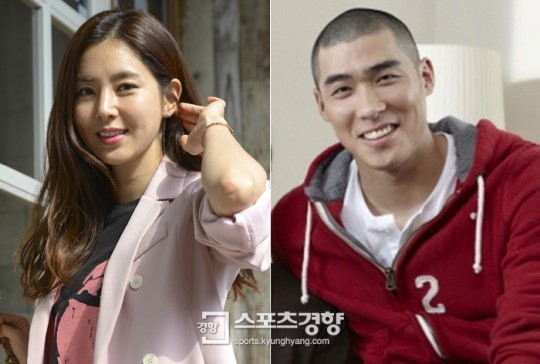 "Actress Han Chae-ah promised to be the lifetime companion of Mr. Cha Se-jji. After spending their precious time together for a while, they have decided to build the relationship on the love and trust they have for each other.

Their private wedding will be held in May, celebrated with only the immediate families and close friends.

Please send your many blessings on their way of building a future together and be tuned to actress Han Chae-ah's work in the drama world even after her marriage".

The groom, Cha Se-jji is not a celebrity himself, but is famous for being the youngest child of the legendary professional soccer player and a coach, Cha Bum-kun (aka Tscha Bum). Cha Bum-kun is known as the national hero for his outstanding soccer skills and stellar performances throughout his career. He's oldest son, Cha Du-ri is also famous for being one of Korea's most well-known soccer players. Though the gene of soccer player runs strong in his household, Cha Se-jji is not even near such profession. Instead, he is studying to become a producer in the entertainment business.

Big congratulations to this beautiful couple!

"[Lily's Take] Han Chae-ah to Become a Bride in May"
by HanCinema is licensed under a Creative Commons Attribution-Share Alike 3.0 Unported License.
Based on a work from this source