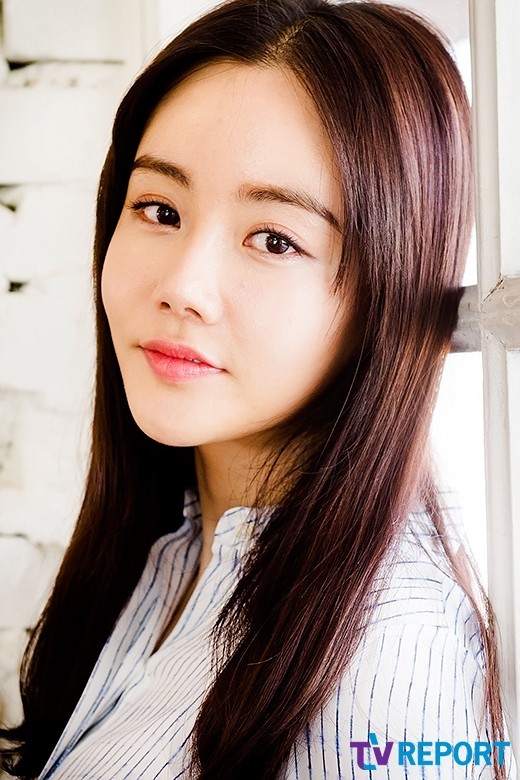 Actress Hwang Woo-seul-hye has been in the spotlight lately. It seems not so long ago that she met her life's character in the drama "Drinking Alone" and now she is on the roll with her new character in "Shut Up and Smash".

"Shut Up and Smash" is a sitcom created by the production team of the legendary sitcom "High Kick!" series, which is South Korea's #1 loved sitcom of all time, making it highly anticipated. Hwang Woo-seul-hye's character is earning the viewer's love with her wild charms. Watching Hwang Woo-seul-hye's acting in "Shut Up and Smash" makes us realize once more that she's an actress who can do it all, from sentimental mellow scenes to hilarious comic scenes.

Hwang Woo-seul-hye shared that she's very dedicated to acting and is often found headed to the training center on her off days. At the center, she practices and studies acting all day long along with the actor trainees. She's been continuing her study ever since her debut, never slacking from her mindset as a beginner. 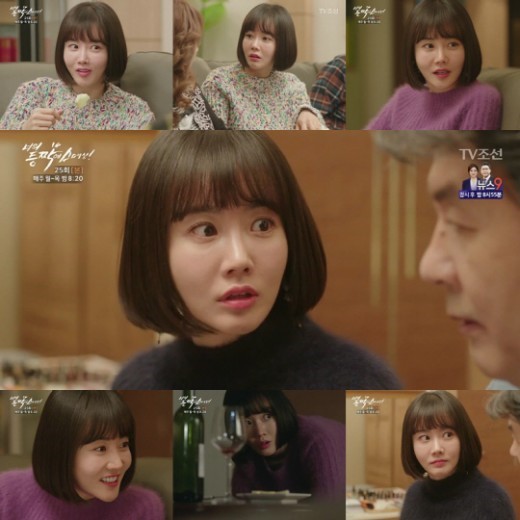 Below is few of the Q&A in an interview with Hwang Woo-seul-hye:

Q. "Shut Up and Smash" is receiving high praises. Your club scene was especially popular among the online communities.

A. I don't remember how many times I visited the club in order to film that scene. The direction simply said, "Flap around". That scene was originally a short cut, but since I was so into it, they extended it.

Q. How did you get to participate in the show?

A. There was a scene in "I Need a Fairy" back in 2012 where I was eating the goldfish bread. Apparently, Director Kim Byung-wook was impressed by that scene. I think I'm pretty good at eating scenes myself. Perhaps that's why I always have many eating scenes in "Shut Up and Smash". Also, my favorite side dish is pickled beans and there's always pickled beans for me in the show.

Q. I heard the atmosphere of the filming set is friendly.

A. Director Kim Byung-wook is really great. He is witty, funny, and makes the cast members feel so comfortable. Even though my body feels exhausted, it's always fun to head to work. All the cast and the staff members are close to each other. We are always making NGs because we are enjoying ourselves too much at times.

Q. You have a great father-daughter chemistry with actor Park Young-gyu. What kind of daughter are you in real life?

A. I'm actually quite a tsundere. I'm a first-born in real life too. I guess I'm always apologetic since I don't get to see my dad often. I should send him more money (laughs). I do have a brother who's 2 years younger than me, but he really doesn't care what I do. He doesn't even know what I'm filming nowadays.

Q. Do you still attend practice for acting?

A. When I'm not busy with filming, I go to the training center for 7 hours a day, 5 days a week. Recently, I've been attending only about a day or two during the week. My assistant can't take off because of that. I was really sorry one day and told him "I will just catch the bus, so you can take a day off". People think my drunk acting and the club dancing scene was a natural thing for me, but it was all due to many hours of practice. People think I am actually that bad of a drunk. (laugh)

Q. I thought your acting was mostly adlibs, how unexpected is that.

A. Not even. Honestly, if I didn't practice a scene to perfection before filming, I get really nervous the day before. In all honesty, I did receive many negative comments in the beginning of "Drinking Alone". I have a pronunciation issue too. Though, when my character started to settle after a while, the viewers started to love me. They notice so quickly.

Q. You got out of your slump with "Drinking Alone".

A. I've attended the acting training center for over 10 years, perhaps that is why. However, I tried not to get too excited over it. I read couple of articles and reactions that my agency's promotion team showed me, but I didn't go out of my way to search for more. I just got into everything with an attitude of minding my own business.

"[Lily's Take] Hwang Woo-seul-hye's Passion for Acting"
by HanCinema is licensed under a Creative Commons Attribution-Share Alike 3.0 Unported License.
Based on a work from this source