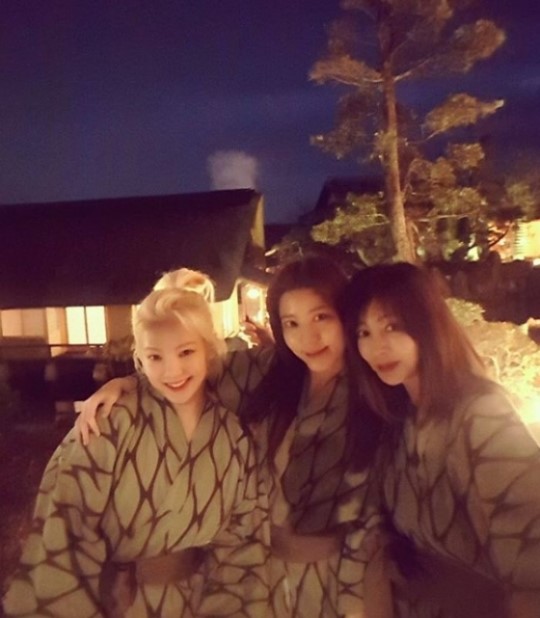 What an odd yet stunning combination of friends we have here.

On the 17th, actress Jung Si-ah posted a series of pictures on her official Instagram account with a caption saying, "Unforgettable and precious time spent. A friendship trip". In the main picture, the three ladies are posing in traditional Japanese clothing with their arms around each other.

For some people, this combination is unexpected and may seem odd, but few fans know that these three have been working together in a variety show called "My English Puberty". In the show, Jung Si-ah, Hwang Shin-hye, and Hyoyeon are part of a team who must learn English in the course of 8 weeks. Their age or personality difference was not a problem when it came to their passion for learning and building a precious friendship. As these three studied together, they became very close and now enjoying each other's company on a trip. 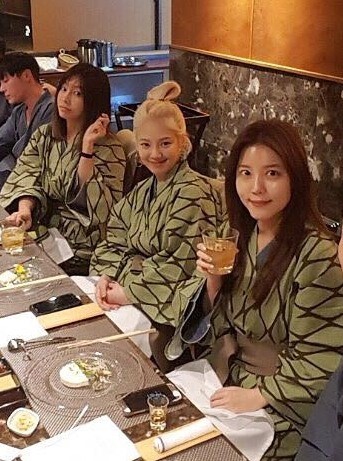 Cheers to this beautiful friendship!

"[Lily's Take] Hyoyeon, Jung Si-ah, and Hwang Shin-hye's Unexpected Friendship"
by HanCinema is licensed under a Creative Commons Attribution-Share Alike 3.0 Unported License.
Based on a work from this source