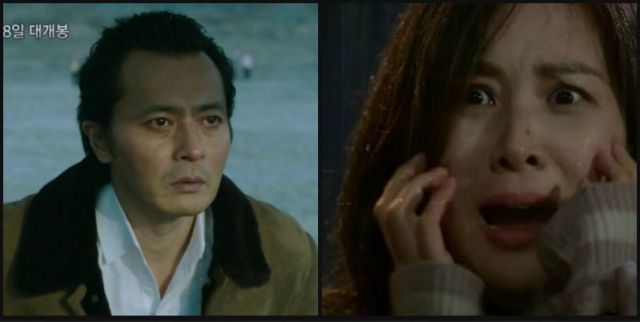 Actor Jang Dong-gun shared a funny story behind his image change for the upcoming movie "Seven Years of Night" in an interview.

On March 23rd, Jang Dong-gun held a short interview for promotion of the upcoming movie "Seven Year of Night" and said that there are both pros and cons of his image change for his new character in the movie. He started, "At first, when the director suggested the M-shaped receding hairline, I thought he was joking. I thought that he was going overboard and was concerned about such a drastic image change".

"So, when he said let's just test it, I went along with it and had a surprisingly pleasant result. My reflection in the mirror gave me the feeling that this is [my character] Oh Yeong-je. The last time I felt this comfortable in acting because of my outward appearance was with the movie "Friend" and this time I felt the exact same comfort".

He continued, "The director said to me, 'You are someone who can act more comfortably when you are wearing a mask' and I understood it then. Since I'm not one to enjoy drastic changes in my daily life, it was easier once I let myself go according to my character".

"I spent about 9 to 10 months with M-shaped receding hairline and gained weight. Since I've spent that long this way, it just felt natural towards the end". 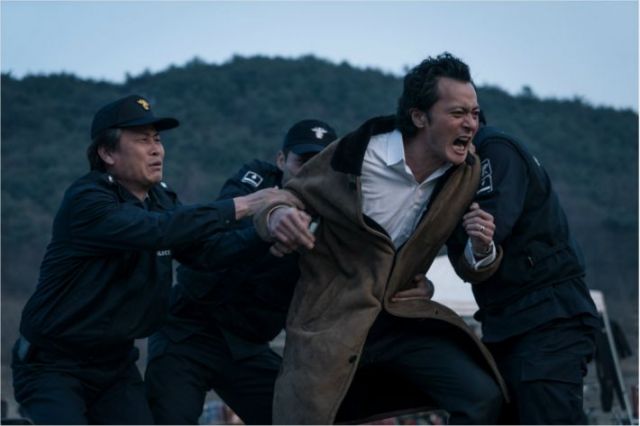 The interviewer asked how his family and friends reacted to such change and he responded with an awkward laugh, saying, "All the staff members were surprised and my family's reaction was the same without even asking. At first my wife, Ko So-young was so terrified, she told me to not come near her. Though, fortunately she got used to it after a while and said that it's somehow charming the more she looks at it".

"There was a photo of me that I really liked from the movie, so I used the photo as my phone's wallpaper and my daughter called it a monster. She didn't even realize it was me. As I watched her reaction, I thought, "YES! This will be successful!""

"Seven Years of Night" is a suspenseful thriller movie about revenge. The story focuses on the two characters: Choi Hyeon-soo, played by Ryu Seung-ryong, who has lost everything after an accidental assault, and Oh Yeong-je, played by Jang Dong-gun, who seeks revenge on Choi Hyeon-soo, the one who murdered his daughter.

"Seven Years of Night" is schedule to be released on March 28th.

"[Lily's Take] Jang Dong-gun's Image Change Terrified His Wife Ko So-young"
by HanCinema is licensed under a Creative Commons Attribution-Share Alike 3.0 Unported License.
Based on a work from this source