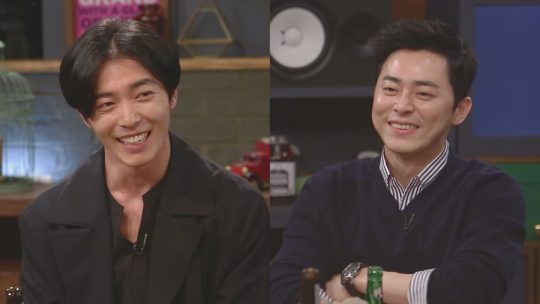 Actor Jo Jung-suk and Kim Jae-wook shared their hidden talents when they appeared in the talk show, "Life Bar".

"Life Bar" is a show that takes place in a "bar" where the four hosts invite two to three guests every week and share their most honest life stories over drinks and food.

On March 1st, Jo Jung-suk and Kim Jae-wook shared the story behind their friendship, life experiences, and surprised the viewers with their unexpected talents as they appeared in the show as guests. The two actors started the show with fancy drinking techniques, impressing the hosts.

Jo Jung-suk and Kim Jae-wook began their friendship when they met during the musical "Hedwig and the Angry Inch" 7 years ago and recently reunited in the play "Amadeus" where they are double casted as Mozart. 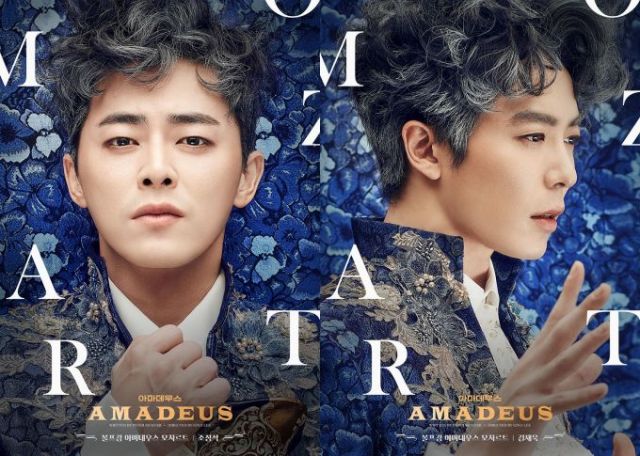 Kim Jae-wook shared his story about the musical "Hedwig and the Angry Inch", his effort in trying to portray the perfect transgender character by working at a transgender bar while practicing for the show and how touched he was when Jo Jung-suk threw him a surprise event on the last day of performance. 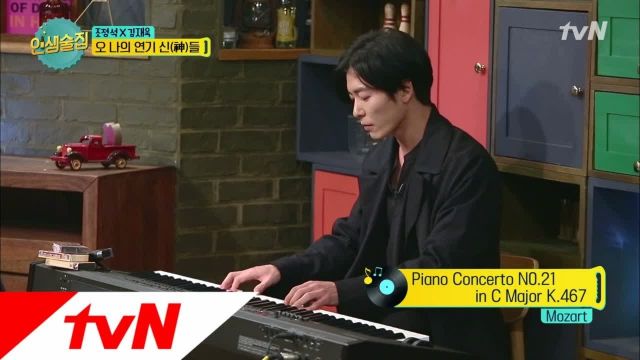 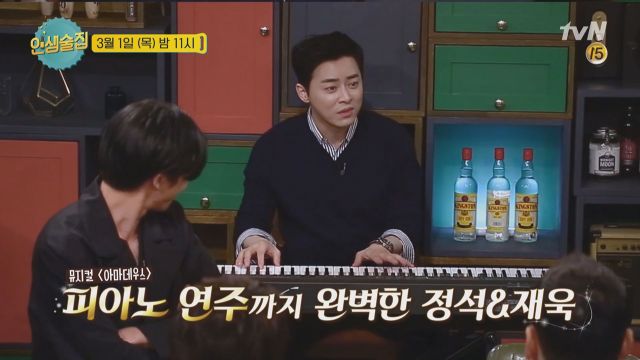 Afterward, Kim Jae-wook proceeded to share his hidden talents of playing the piano. His graceful performance awed everyone at the scene and the viewers who were watching the show late at night. Jo Jung-suk also shared that he has practiced the piano for "Amadeus" though he didn't play at all when he was first casted for the play. 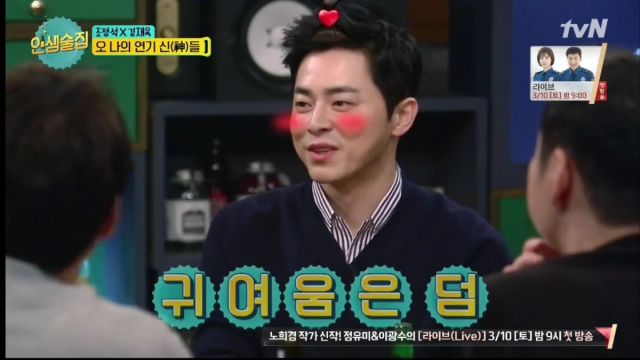 Along with his piano performance, Jo Jung-suk shared his skills in Taekwondo, the Korean martial art. He shared that he has been doing Taekwondo since he was a little boy and quite skillful as he won several medals in tournaments. Before becoming an actor, his dream was to be a professional Taekwondo athlete. Kim Jae-wook also shared his athletic side of him as he mentioned that he was in track and field in school. 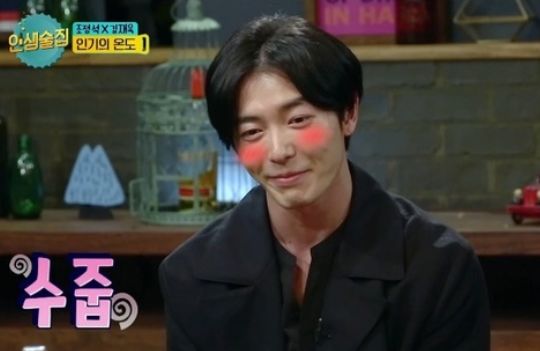 These two actors are already such talented actors, and now they are sharing their endless talents in music and sports. Looking at them, it is true when people say, 'birds of a feather flock together', as people of the same sort or with the same tastes and interests will be found together. It is a great friendship found in these likely actors, who are both handsome, charming, talented and full of potential!

"[Lily's Take] Jo Jung-suk and Kim Jae-wook's Hidden Talents"
by HanCinema is licensed under a Creative Commons Attribution-Share Alike 3.0 Unported License.
Based on a work from this source