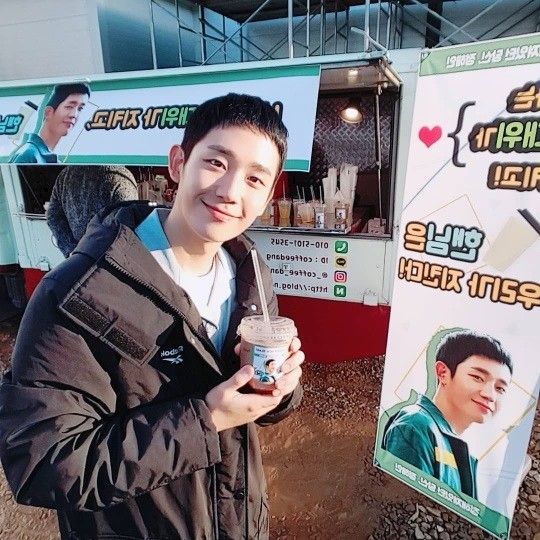 Actor Jung Hae-in expressed his gratitude to the loyal fans who sent a coffee truck to his filming set.

On the 3rd, Jung Hae-in posted a picture on his official Instagram account with a caption saying, "Thank you so much, everyone♥"

In the picture, Jung Hae-in is smiling at the camera while cupping the coffe in his hands. Jung Hae-in is currently part of the drama "Prison Playbook" as Captain Yoo and his fans sent a coffee truck dedicated in his name to the set to show support. Jung Hae-in expressed his gratitude to the fans through his SNS and the fans also thanked the actor for confirming their gift.

"[Lily's Take] Jung Hae-in Thanks his Fans for the Coffee Truck"
by HanCinema is licensed under a Creative Commons Attribution-Share Alike 3.0 Unported License.
Based on a work from this source