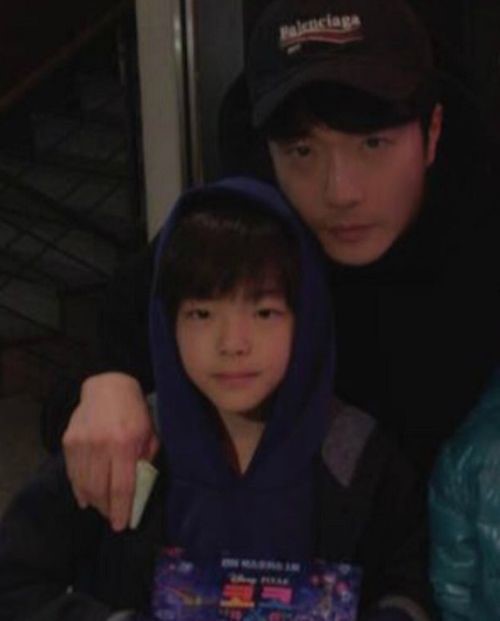 Actress Son Tae-young shared a photo of the two men in her life.

On the 21st, Son Tae-young shared two photos on her Instagram account with a caption saying, "Ruk-hee and daddy who's got some rare free time from filming. Everyone lasted the hour and a half well though Riho was gone half an hour before the highlight. You did well, Riho. She refused to take a picture though lol #Coco #ChungdamCinecity #likefatherlikeson #likemotherlikedaughter #separate #again #friends".

In the photo, actor Kwon Sang-woo and son Kwon Ruk-hee is posing with the poster of movie Coco after the show finished. Fans commented on the strong resemblance between the two saying that Ruk-hee is growing up handsomely just like his dad. Meanwhile, their daughter Kwon Riho seemed to have slept through the last half of the movie and refused to take a family picture. What a cute family!

"[Lily's Take] Kwon Sang-woo Poses with his Son"
by HanCinema is licensed under a Creative Commons Attribution-Share Alike 3.0 Unported License.
Based on a work from this source