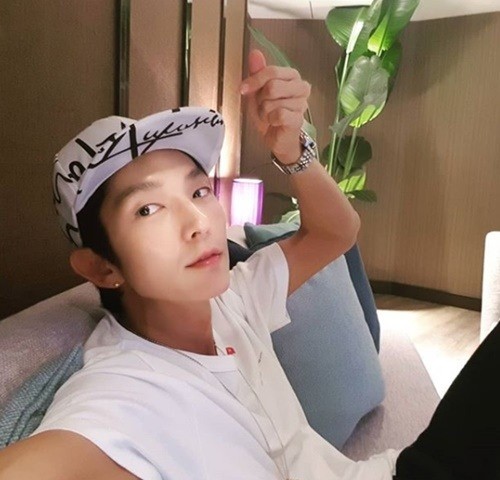 On April 25th, actor Lee Joon-gi posted a photo on his official Instagram account while he was visiting Japan.

In the photos, Lee Joon-gi is spotted in a hotel in Japan, resting right after arriving to the country for his fan meeting. Lee Joon-gi posted a video for the fans, expressing his gratitude for the fans in Japan who were waiting at the airport to welcome the actor.

For the post, he told the fans all over the world that he traveled safely and thanked them for their concern over his trip. He is visiting Japan for the fan meeting and once he is done, he will be seen again through the new drama "Lawless Lawyer", which is scheduled to air its first episode on May 12th.

"[Lily's Take] Lee Joon-gi Looks Fresh for Fan Meeting in Japan"
by HanCinema is licensed under a Creative Commons Attribution-Share Alike 3.0 Unported License.
Based on a work from this source