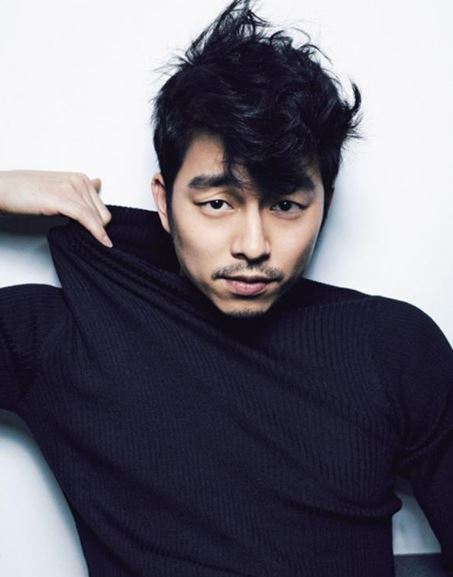 Watching the on-going drama "Goblin" made me fall in love with Gong Yoo hardcore. I mentioned this in my last post, but until now, I just thought Gong Yoo as a great actor with handsome face but not necessarily my type. In my opinion, he seemed a bit cheesy. My ideal good looking men are more of a "Pretty Boy" image such as Park Bo-gum, Song Joong-ki, and Lee Seung-gi. Guys like Gong Yoo or Lee Min-ho have a bit more of a masculine look, which was not my favorite. Yet, when I am watching the Goblin, I keep getting distracted at how good looking Gong Yoo is! Maybe it's just me getting older and now I am truly appreciating the beauty of masculinity, haha.

Now that I've fallen in love with Gong Yoo and can't get him out of my head, I decided to put a list of my favorite drama/movies featuring Gong Yoo. Perhaps there are many people like me who's been hit with Gong Yoo fever and hopefully this will be able to help you out in treating your fever while waiting anxiously for the next episode of "Goblin" to come out. (: So, this is my personal ranking of Gong Yoo's shows, but please share with me if there's any other drama you loved and wanna recommend! 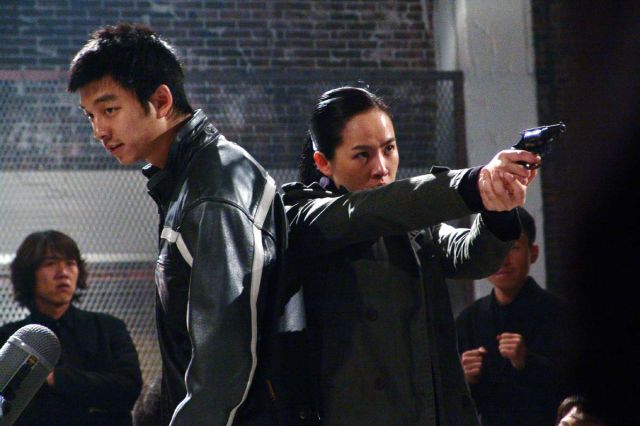 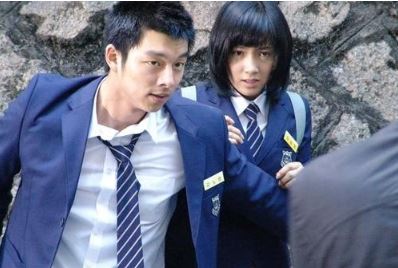 I just had to put this movie on the list because this is the very first time I met Gong Yoo on screen. I recall being an elementary school student and excited to watch this movie in theater in Korea because Kim Sun-ah was in it. The story line is pretty predictable but it has a good mix of comedy and action. While watching the movie, I noticed this good looking actor, who's unreasonably sexy for a high school boy. Yes, it was Gong Yoo. 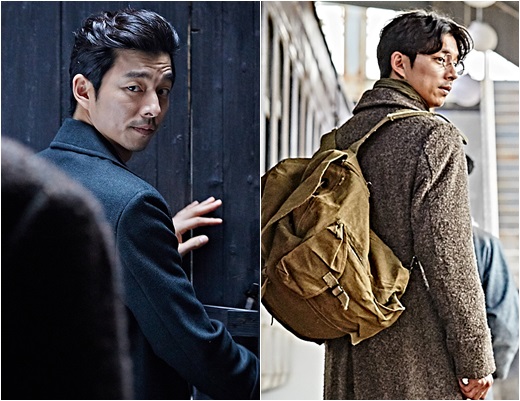 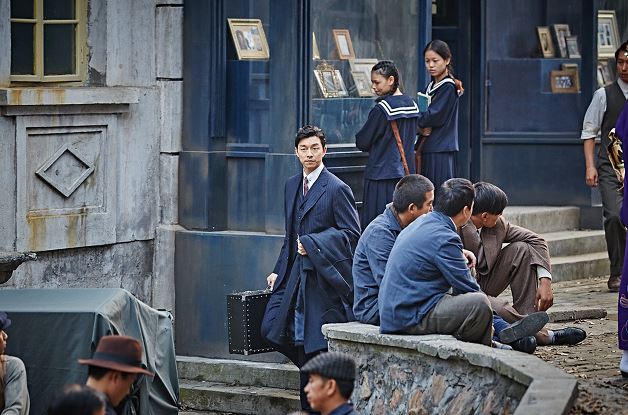 Being in a historical show and taking a role of a " hero " is a huge honor. Acting as a character based on a respectable figure comes with a great responsibility, and needlessly to say, Gong Yoo met our expectation and beyond in this movie.

No.5 "Biscuit Teacher And Star Candy" 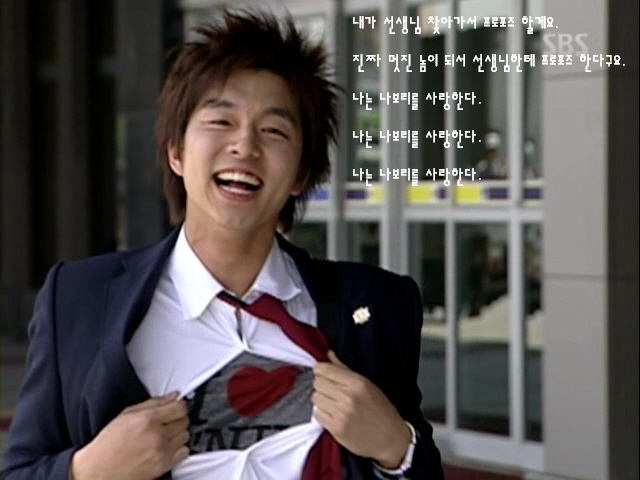 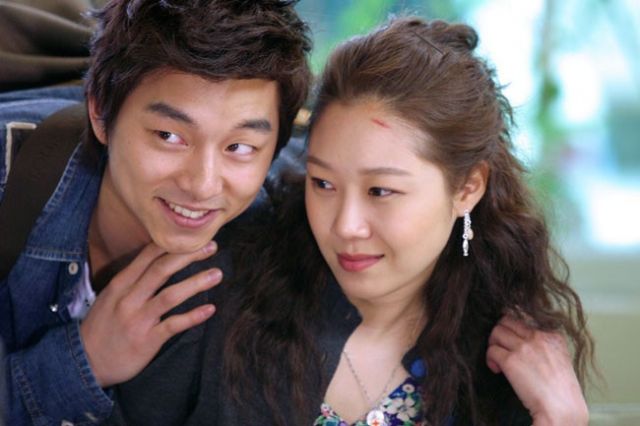 Another High School boy character Gong Yoo was able to wear it like his own skin! This is an oldie but a goodie. Plus, the chemistry between Gong Yoo and the Romcom queen Gong Hyo-jin is simply undeniable. 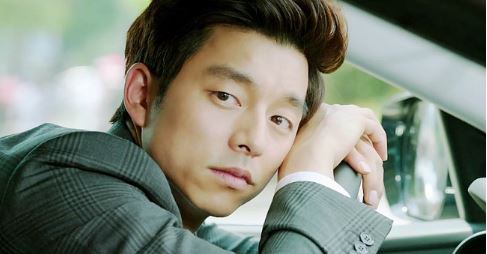 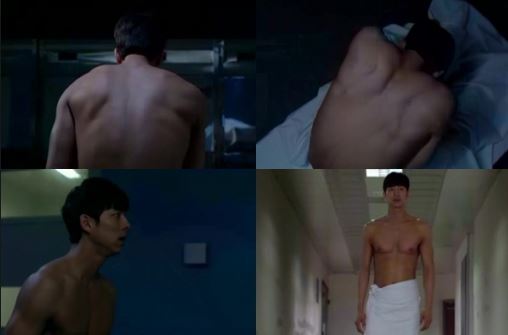 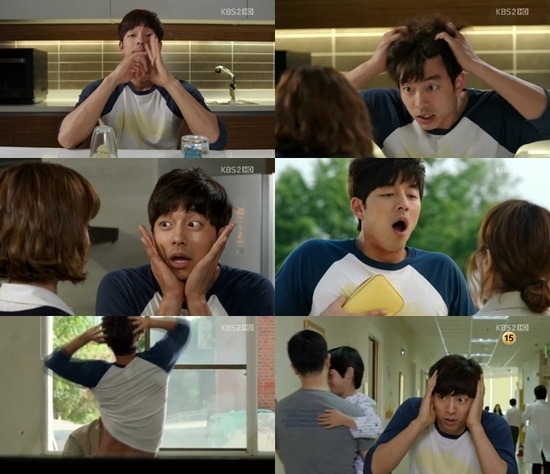 This drama... is one of the dramas where I hated the ending. However, Gong Yoo makes up for it so I can't complain! Body swap concept can be difficult if you lack acting skill but Gong Yoo did so well in transition between the charismatic doctor and silly high schooler. 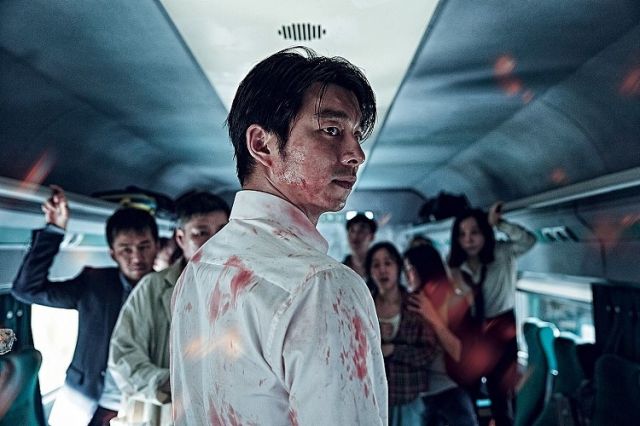 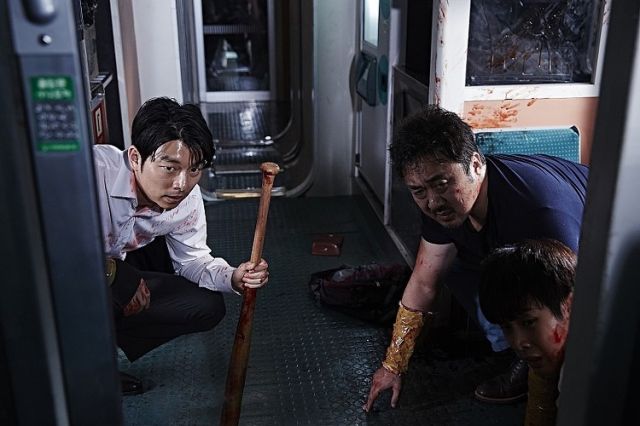 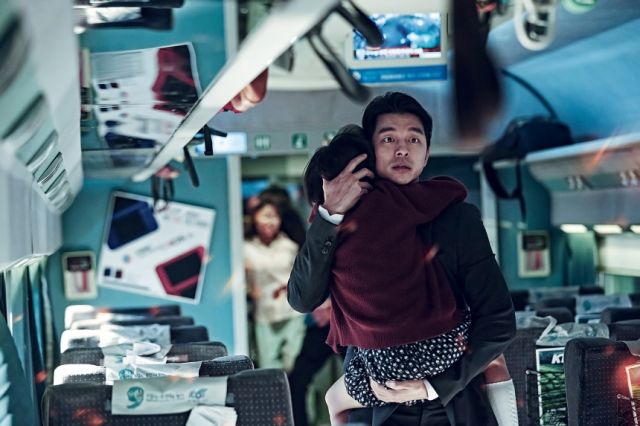 I'm not into zombie movies but this movie hit Korea so big that I just had to watch it. This movie is really well-made, the suspense will kill you. I'm a big Ma Dong-seok fan and both him and Gong Yoo's acting was outstanding. His acting as a protective father is also a great fall-in-love point! I know movies are a little different from watching a K-drama and some people would rather not, but I recommend this movie with a big five stars! 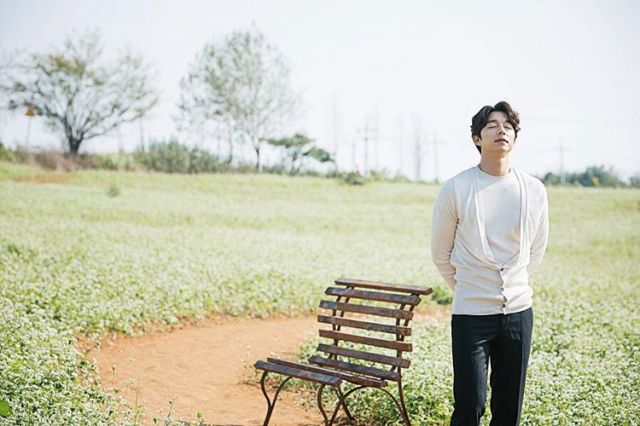 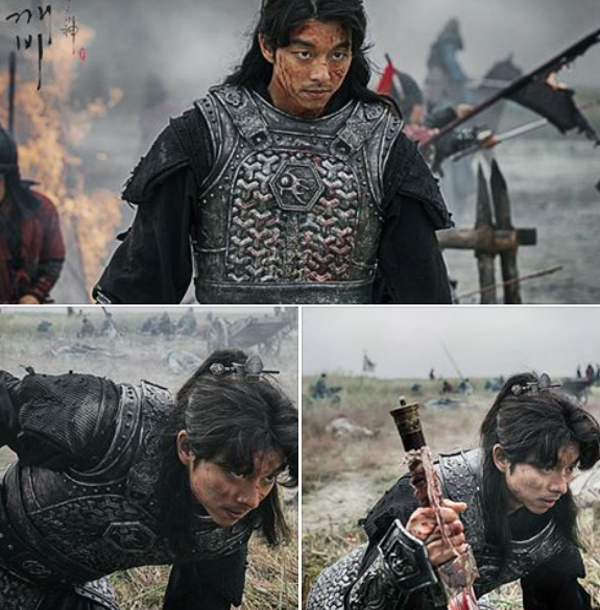 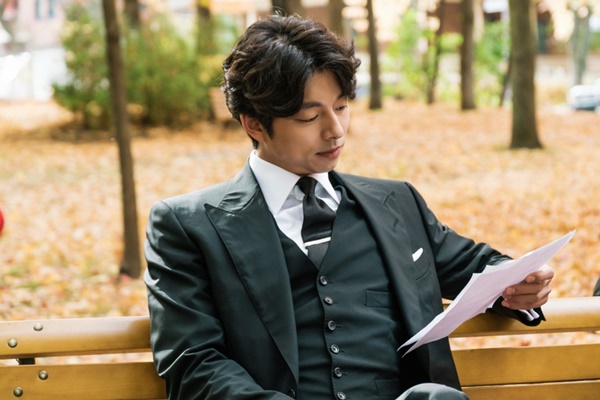 I was not too satisfied with the first episode of "Goblin" but as the story progress, I'm screaming that Hallelujah I promised. Both Gong Yoo and Lee Dong-wook is just way too much of an eye-candy, to the point I need to rewind the drama at some points because I got distracted by their beauty.

Now, you are probably thinking how can "Goblin" be the second rank? Well, here's the first place. When you see it, you will agree with me - 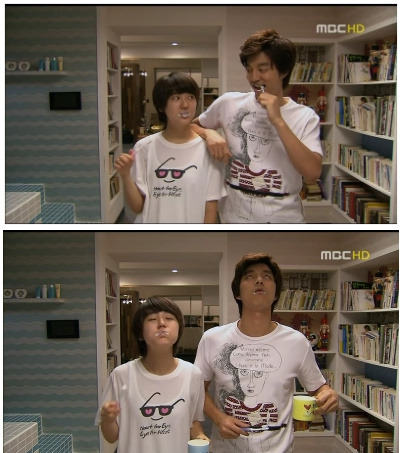 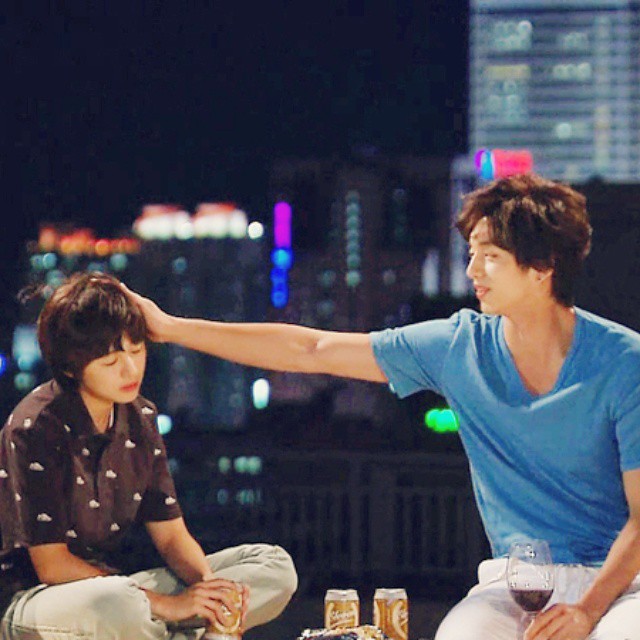 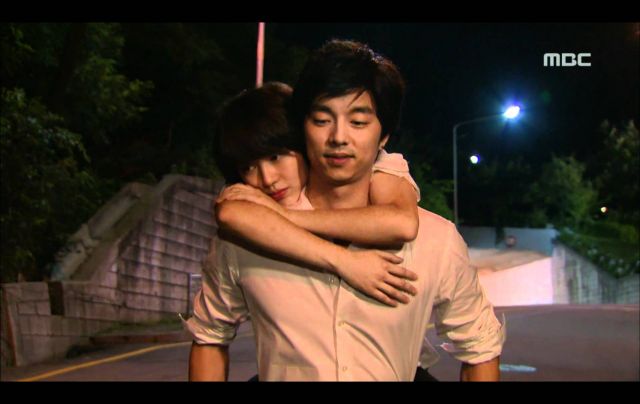 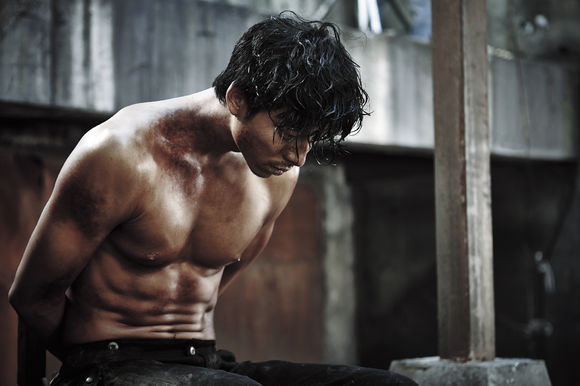 I have not watched this movie yet but as I was searching through Gong Yoo's pictures, I came across this gem. If you want to watch Gong Yoo in a hot action scene and hot... Oh you know (; I just thank the director of this movie for the chance for me to appreciate Gong Yoo's sculpted body lol

Gong Yoo is an actor who can do all - charismatic atmosphere, fierce action, tender romance, adorable comedy. His personality in real life is another reason why we can't get out of this fever. 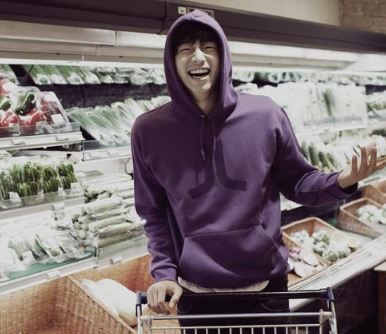 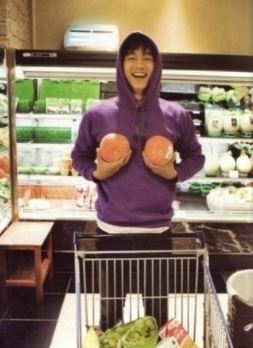 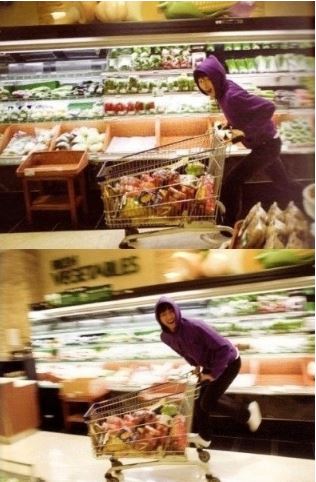 He can be so silly with childlike behavior and I love him for that!

I wish for an even bigger success of "Goblin" and excited to watch Gong Yoo every week (;