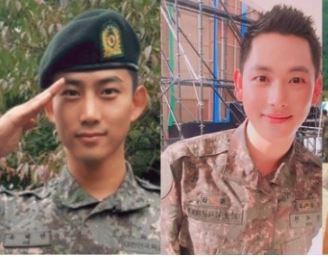 The news of the stars in the military who will be participating in PyeongChang Winter Olympics events is exciting fans!

According to the Ministry of National Defense, K-pop group 2PM's member and an actor Ok Taecyeon, who is serving in the 9th Infantry Division, has been selected as the MC for the event happening on February 14th and 15th. This event is held at Gangneung Art Center, where various artists will be performing to celebrate the Winter Olympics.

Along with that, 2PM will be performing at the PyeongChang Winter Olympics Headliner Show. On February 3rd, 2PM announced the news of their performance and Ok Taecyeon joining the stage saying, "As this is a national event, we received a golden opportunity to perform with Ok Taecyeon, who is serving in the military. We are so grateful for it and will be creating a stage with heart full of cheer for the Olympic athletes with Ok Taecyeon".

For the performance held at Gangneug Art Center on February 15th, actor Im Si-wan will also appear in the show. The details have not been released yet but netizens are assuming that Im Si-wan will be taking a role of co-MC beside Ok Taecyeon.

This will be a great chance to see our beloved stars we missed so much during their service in the military.

"[Lily's Take] Ok Taecyeon and Im Si-wan Participate in PyeongChang Olympics Events"
by HanCinema is licensed under a Creative Commons Attribution-Share Alike 3.0 Unported License.
Based on a work from this source