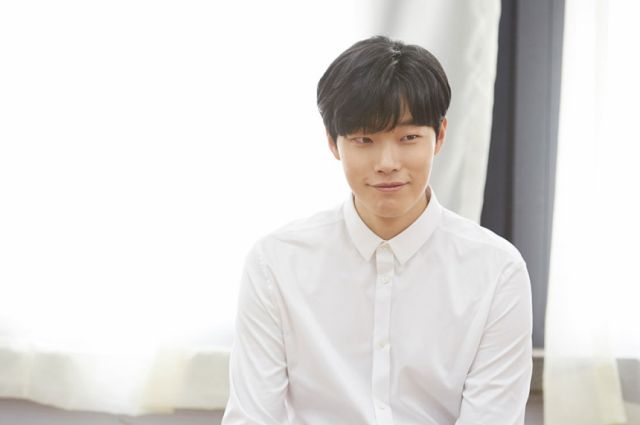 At age 32, actor Ryu Jun-yeol is walking down a slightly different path than the average actors around his age. Though he rapidly rose to stardom, he did not stray from his original role: being an actor. Rather than absorbing all of his fame and popularity, he just seems happy to receive more opportunities to act as he's been steadily working on many dramas and movies.

The show that pulled him up to such stardom was "Answer Me 1988". In last two years since the drama ended, Ryu Jun-yeol built up his filmography with many great works. Just last year, he starred in the movies "The King", "A Taxi Driver", and "Heart Blackened". Ryu Jun-yeol may have not gotten the main role in those, but the impact he brought to these movies was magnificent. Also, through these movies, Ryu Jun-yeol has gained precious connections with many veteran actors and learned a huge lesson critical to his acting life from them. Ryu Jun-yeol shared:

"All the directors and senior actors taught me such important lessons on awareness and responsibilities. All the veteran actors like Choi Min-sik, Song Kang-ho, Jung Woo-sung, Jo In-sung and many more have taught me and given me advise that were very helpful".

Carrying his hard work into this year, he is still not stopping. In February, he performed an excellent job in the healing movie "Little Forest", and in the newest action movie "Believer", he has changed completely from his last role.

"Since my character, Rock, doesn't have a back story, it was hard to understand him. He's also not one to talk a lot and express his feelings, so I've been troubled. At some point, I just thought to myself, I should focus on the feelings I'm feeling at the moment. I got to know Rock by continually asking the question: Who am I?"

"Normally when I'm at the set, I'm always enjoying myself while cracking jokes here and there. However, while filming "Believer", I kept feeling such a lonely, empty feeling. I thought that my body wasn't going to take it anymore. It was a new experience for me".

When Ryu Jun-yeol was asked about his future, he simply said, "I'm having most fun when I'm acting and there is still so much that I have yet to learn. I want to be an actor who can act for a really, really long time. To do that, I must become a mindful person first, always willing to assist with any work needed around the set. Then everyone will seek after me. I can't just rely on my acting skills".

"[Lily's Take] Ryu Jun-yeol Is a Respectable Junior Among Veteran Actors"
by HanCinema is licensed under a Creative Commons Attribution-Share Alike 3.0 Unported License.
Based on a work from this source