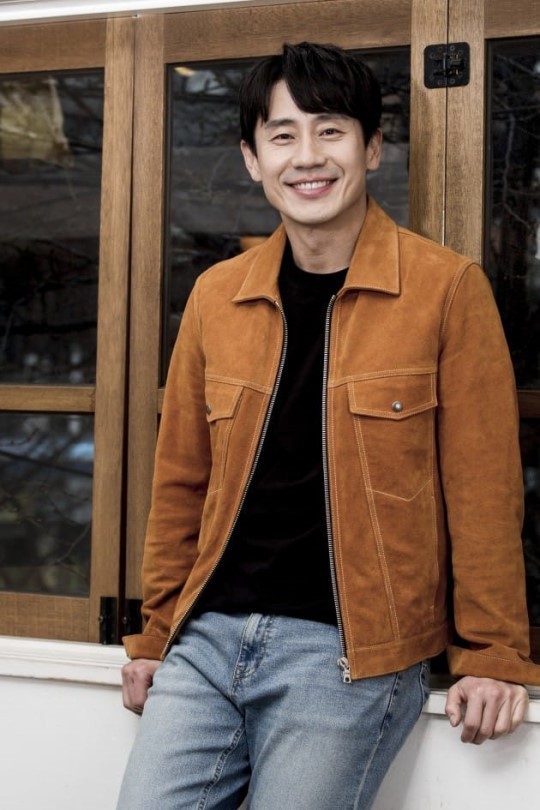 Actor Shin Ha-kyun, who is known as one of the finest, most remarkable actors in K-drama and K-cinema industry, has shared that he has experienced difficulty in portraying his latest character.

On March 29th, Shin Ha-kyun visited a small café for a short promotional interview for his newest movie, "What a Man Wants" and shared his most honest feelings and stories about the making of the movie.

In "What a Man Wants", Shin Ha-kyun plays the apathetic husband character Bong-soo, who enters the flamboyant world of affairs. His natural acting with the naïve expressions caused the audience to burst in laughter throughout the movie. Though, he had a different thought about it in the beginning. He said:

"I actually had a hard time portraying the character because I've never been married. Even the line where I say, "Are there married couple who actually kiss?", I couldn't really empathize. I tried hard to understand by opening up possibilities and thought of how to express the movie's genre as comedy before anything else".

In the movie, Shin Ha-kyun had a great chemistry with actress Song Ji-hyo, who played a role of his wife of 8 years. Regarding their characters, he said:

"Just like any other ordinary couple who've gone through their newly-wed state, we were the married couple who've had their flaming hearts cooled down and lost the spark for each other. I tried to portray that dried up conversation between us in the script, though having the familiar tone to it since we've spent last 8 years next to each other every single day".

The actor also shared how he had a hard time understanding a certain line in the movie:

"[Lily's Take] Shin Ha-kyun Had Trouble Playing a Role of a Married Man"
by HanCinema is licensed under a Creative Commons Attribution-Share Alike 3.0 Unported License.
Based on a work from this source