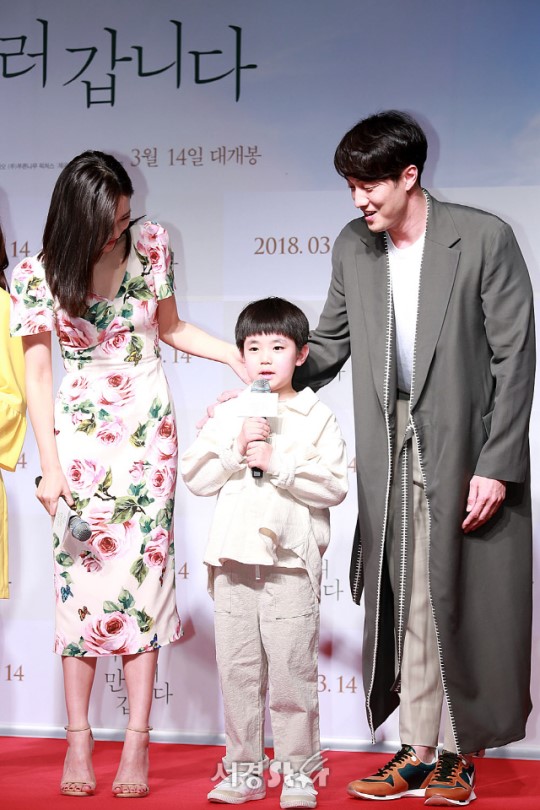 On March 12th, a VIP Premiere viewing was held for the movie "Be with You". At the event, main cast members attended the viewing and held a short interview before the movie was played. In one of the picture taken from the event, it is apparent how much actress Son Ye-jin and actor So Ji-sub adore child actor Kim Ji-hwan-I who plays the character Ji-ho, their son.

In the interview held, Son Ye-jin shared a bit about her first impression of Kim Ji-hwan-I as she said:

"I think Kim Ji-hwan-I actually didn't know a thing about acting before auditioning for the movie. I did watch a video of him acting a scene where he is parting from his mom and I said right then and there, he is it. When we first met, he was much younger. Children grows up so fast. Since child actors are bound to look inexperienced in acting, we made a bold choice of going with the raw talent, the innocence of a blank paper".

"Children are so smart, as you can see how fast they absorb. He was so quick to mimic the phrases used on the set. I loved the acting he showed where he wasn't thinking, but just acting it out".

"Ji-hwan actually called me mom. He calls me 'Soo-ah mom', which is the name of my character. His real mom is actually younger than me. I think about two years or so".