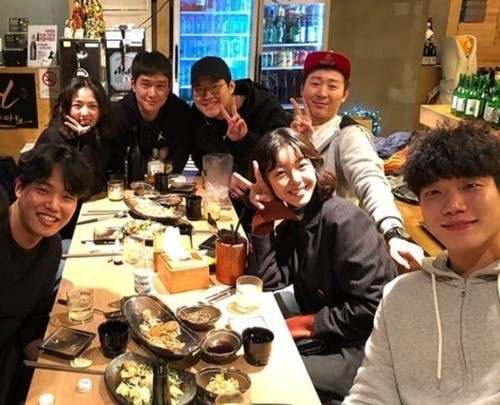 The cast of the drama "Strongest Deliveryman" is holding their precious friendship strong even after the drama's end.

On March 29th, actor Kim Ki-doo posted a photo on his official Instagram account with a caption saying, "The loyal "Strongest Delieveryman". Love you all. By the way, with this much loyalty, shouldn't there be season 2?" Along with Kim Ki-doo, other members such as Go Kyung-pyo, Chae Soo-bin, Go Won-hee, Kim Kyung-nam-II are smiling brightly towards the camera over a dinner table.

The fans are commenting with their support as they agree with Kim Ki-doo that "Strongest Deliveryman" should make a second season.

"[Lily's Take] "Strongest Deliveryman" Family's Friendship Is Forever Strong"
by HanCinema is licensed under a Creative Commons Attribution-Share Alike 3.0 Unported License.
Based on a work from this source