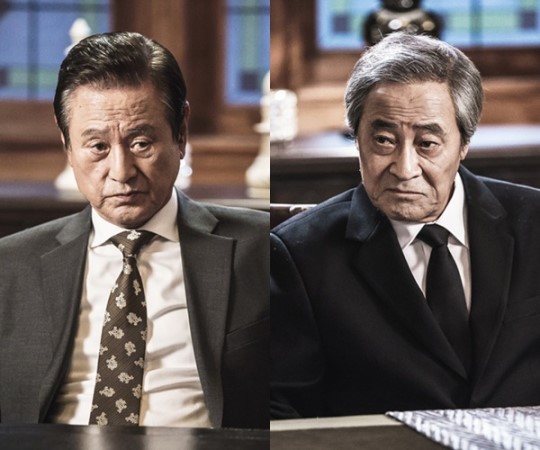 As the drama "Untouchable" came to an end, we must acknowledge these two veteran actors: Park Geun-hyung and Choi Jong-won.

Of course, the two main actors Jin Goo and Kim Sung-kyun's acting was outstanding. However, drama "Untouchable" was able to hold out that first-class image on thanks to the weight that Park Geun-hyung and Choi Jong-won's charismatic characters added to the drama.

From the very start, "Untouchable" captured the audience's attention. Directed by the talented PD, Jo Nam-gook, who also produced "Yawang" and "Empire of Gold" was interesting enough, yet they added even more value to the drama by lining up the actors and actresses known for their exceptional acting skills. Park Geun-hyung and Choi Jong-won especially impressed the viewers. Every action these senior actors made and every word they spoke intensified the show. 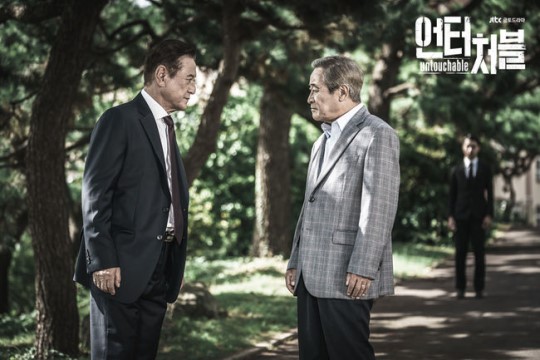 Park Geun-hyung played the role of Jang Beom-ho, the head of the powerful Jang clan who thinks loyalty to him equals justice and betrayal equals evil. Choi Jong-won played the role of Goo Young-chan, the former president of South Korea who seems submissive on the outside, but holds a sharp weapon on the inside, ready to strike at the perfect time.

In the very first episode where Jang Beom-ho and Goo Young-chan meet, the tension between the two was thick enough to slice through with a knife, hooking viewers. As Jang Beom-ho yells, "I can only live if you die" in Japanese at Goo Young-chan, his anger was felt through the screen, making us all flinch in our seats.

As these two veteran actors masterfully take on the show, "Untouchable" left a great mark in the K-drama history. I don't know when we will be able to see such great actors work together in a drama again but until then, we can watch "Untouchable" again.

"[Lily's Take] The Untouchable Veteran Actors of "Untouchable""
by HanCinema is licensed under a Creative Commons Attribution-Share Alike 3.0 Unported License.
Based on a work from this source