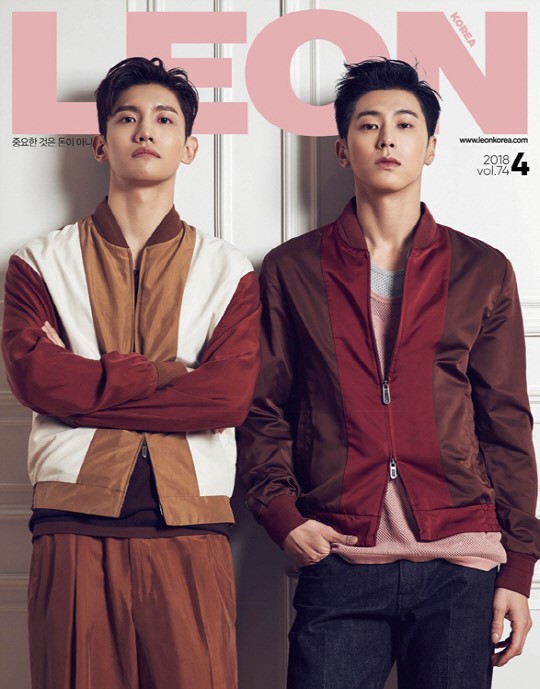 In Leon's April edition, group TVXQ's members and actors, Yunho and Changmin was featured on the cover of the magazine. As both Yunho and Changmin returned from their military service last year, they will be making a huge comeback as the complete TVXQ duo this month.

In the cover photo, the two are dressed in matching outfits, casual yet luxurious. After the photoshoot, they held a short interview for the magazine where they answered few questions regarding their comeback album. Along with some of the information on their concert and new songs, the interviewer asked about the major change that happened in their life. Yunho and Changmin were always a bit more on the private side, but this year, they each opened up Instagram accounts. Since they debuted 15 years ago, this is the first time they had any type of a social media account.

Regarding this news, both shared that it was for the fans.

"This is the era of communication. I started my account because I wanted to communicate with the audience closely. I want to show what type of person I am in the most natural way as I steadily update my account".

Yunho also shared similar thoughts to Changmin as he said:

"I started it only for the fans. Rather than going on and on about my thoughts and beliefs, I think it's better to show it through a simple photo to create that rapport. I usually upload photos of a beautiful scenery or a book that gives me inspiration".

"[Lily's Take] TVXQ's Yunho and Changmin Started Instagram for Their Fans"
by HanCinema is licensed under a Creative Commons Attribution-Share Alike 3.0 Unported License.
Based on a work from this source