[Lisa's Drama Casting Bites] No Numbing Needed for This News 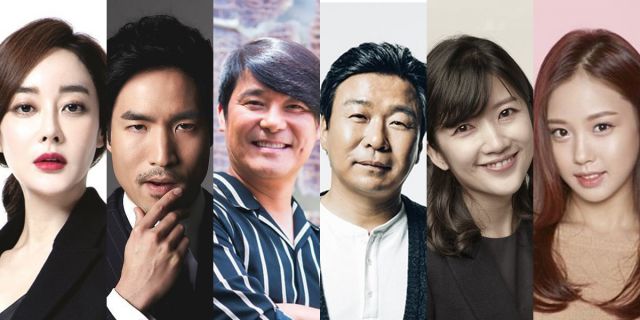 Thursday casting news bites are plentiful, raining down from drama gods and promising good things. Dramaland always does that, promises good things on which it sometimes delivers. However, today's casting is looking quite juicy, and I'm happy to see these actors getting work. Here are 6 good tidbits for your viewing pleasure:

Tidbit #1: Park Hyo-joo has vacated her role as Ra Ra-hee in "Radio Romance" and Kim Hye-eun is reported to have taken her place. For ten years, Ra-hee has survived the radio station and will most likely serve as a guide to Kim So-hyun and Yoon Doo-joon's characters. Whether she's a cranky, jaded ahjumma, or understanding of youthful talent and romance, remains to be seen.

Tidbit #2: A new bad guy has joined the ranks of "Bad Guys : Vile City", Joo Young-ho, an actor who has successfully crossed over into English language television and who has graced the big screen since 2006. Here he will play Oh Sung-chan, a former gangster who is planning on helping our main cast purge the city of the real baddies.

Tidbit #3: A possible exciting return to dramaland comes in the form of Im Chang-jung, who mulls over an offer from OCN's "Life on Mars", which also has an offer out to "Prison Playbook"'s Jung Kyung-ho. Not much more is known about his role.

Tidbit #4: Medical drama "Cross" wooed and won over Kim Byung-choon who is reported to play Cho Jae-hyun's bestie, an anesthesiologist with a top-notch listening ear.

Tidbit #5: Jang So-yeon is no stranger to Ahn Pan-seok's work, having previously appeared in several, so it comes as no surprise that she is climbing aboard the production of "Pretty Sister Who Buys Me Food". She'll be playing Son Ye-jin's best friend and Park Hae-in's older sister who is a cellist who no longer plays. As a cellist myself, I get both nervous and excited to see my instrument on screen. We'll see how it goes.

Tidbit #6: Noh Hee-kyeong's "Live" is casting actress Go Min-si as the police chief's daughter, Oh Song-i. The character is one who is trapped between her father's expectations and her dreams.