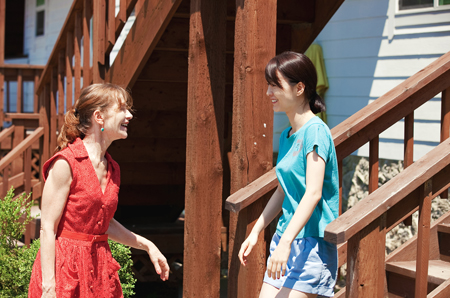 Isabelle Huppert, left, and Jung Yu-mi in "In Another Country", a film by Hong Sang-soo. It is one of 22 entires for the competion category at the Cannes Film Festival. It opens in theaters nationawide on May 31. / Courtesy of Jeonwonsa

No one can dispute that the Korean film industry is flourishing.

Investment and return are both on the upside. The sheer number of productions is rising, spawning hits and, of course, misses.

This year, the local press is abuzz about two homegrown works vying for awards at the world's most prestigious cinema showcase, the Cannes Film Festival, namely "In Another Country" by Hong Sang-soo and "The Taste of Money" by Im Sang-soo. 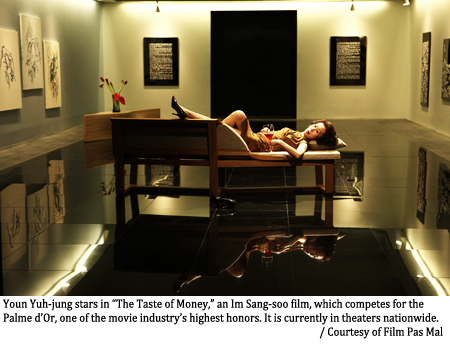 But one prize people should bet against from the get go is the Prix d'interpretation feminine, the best actress award, unless the jury bases its decision on appearance.

The women in these works are of decorative value; they may have onscreen presence and beauty yet strikingly little depth in character. Their lines are cringe-worthy (conveniently lost on most Cannes audience and jury members who will watch with subtitles). Most of all, they are weak, accessories to male co-stars.

One of the oldest stories - beaten to death, really - in Korea's epicenter of motion pictures Chungmuro, is the supposed lack of leading ladies who are both bankable stars and gifted thespians. 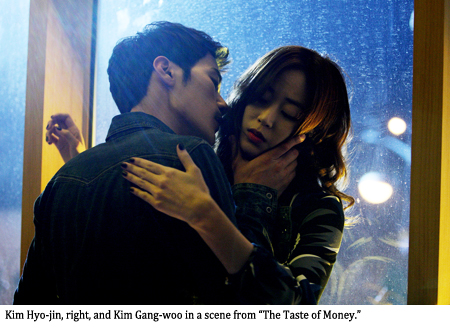 The apparent phenomenon has maintained itself for so long, people have come to moderate their expectations to an astounding low. At promotional events, a good performance by an actress is pushed like a gigantic news item, a delightful exception to the norm.

But the sad little women should blame their screenwriters and directors instead. Often the same person, neither the writer nor the director are unable to depict a real female character and her infinitely complex interior.

At the respective national premieres of the Cannes entries, both Hong and Lim, who cannot be more dissimilar in mise-en-scene, said one thing in common; that they were happy about how "nice" or "pretty" the actors, male and female, looked on the silver screen. 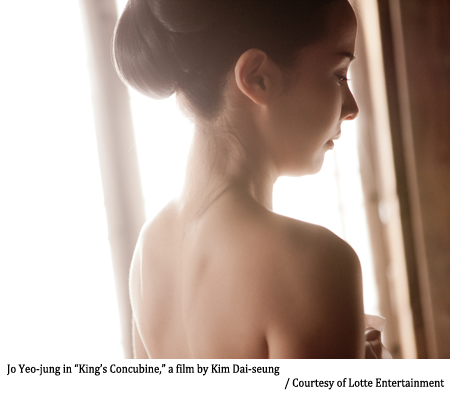 And that is all they could really say about the artists - who probably had a barebones script in their hands.

Take "The Taste of Money", for which promotion revolved just around the abundance of female nudity and sex in it. Lim's extremely unrealistic portrayal of high-class society makes both the 60-year-old control freak matriarch Geum-ok (Youn Yuh-jung) and her "I-need-no-job-to-be-fabulous" daughter Na-mi (Kim Hyo-jin) look completely unbelievable. Their grip on power is flimsy and so they must depend on their respective fathers and more so the ubiquitous hero assistant Young-jak (Kim Kang-woo) for dirty corporate affairs and lady business.

Meanwhile, men hire prostitutes/masseuses on a whim. Even Geum-ok's unhappy husband (Baek Yoon-sik), who married her for money and now wants to start anew with the Filipina maid Eva (Maui Taylor), treats his supposed lover like a sex doll and shows no psychological connection to her on screen. 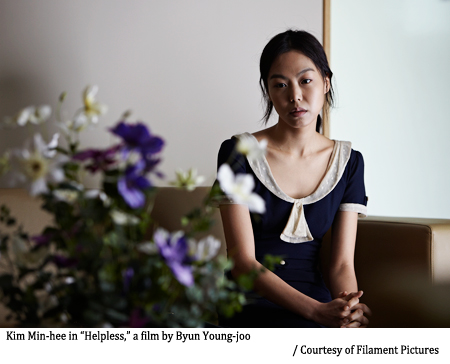 Do women yield so much to men in real life? The audience must decide.

"In Another Country" from Cannes regular Hong is even more troubling with its unrealistically subservient female characters.

It is unsettling to witness the director's disemboweling of Isabelle Huppert, the symbol of strong-voiced French women. He only leaves a sweet, delicate shell of a woman who awaits her five-hours-late lover watching the sea and exclaiming "Oh, it's beautiful!" on repeat, like a robot. Her husband having cheated on her, Anne (Huppert) appears as brittle emotionally as physically. She has to cling to the strapping young men who come her way in this provincial seaside town. She is a docile kitten. 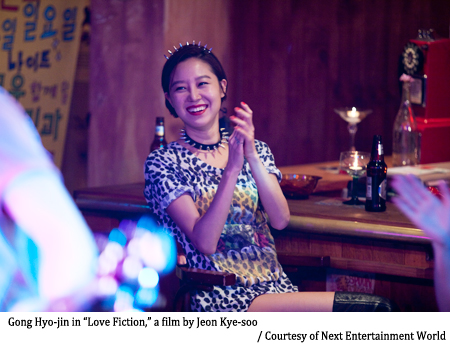 Other women are just as hollow but decidedly more simple. Geum-hee (Moon So-ri) is a knocked up girl married to a film director (Kwon Hae-hyo) with a knack for adultery (he inevitably seduces Anne who falls right into the trap). The wife catches them and throws one of the mildest tantrums seen on a movie screen. Is it an ode to Anne Sinclair, the wife of fallen political figure Dominique Strauss-Kahn?

Won-ju (Jung Yu-mi), the caretaker of Anne's lodging, prances around in colorful dresses, religiously records her guests' trysts and provides them various household items and food. Do any of these people have lives?

These two films are only one of many signs of the gloomy state of the movie industy, as uninteresting female characters continue to bedevil audiences.

Park Si-yeon recently scored a hit by baring one of her breasts in "The Scent". Cho Yeo-jeong is creating hoopla with her exposed thin elbows on the poster for "The Emperor's Concubine", slated for a summer release. Gong Hyo-jin, known for candor on set and in public, openly admits that she had problems with her character in "Love Fiction" and took her complaints to its director Jeon Gye-soo. Recent box office hits like "As One", "A Muse", "Architecture 101", and even "Helpless", which was directed by a woman (Byeon Yeong-joo) somehow all conform to this unfortunate trend.

"Little women of Korean cinema"
by HanCinema is licensed under a Creative Commons Attribution-Share Alike 3.0 Unported License.
Based on a work from this source