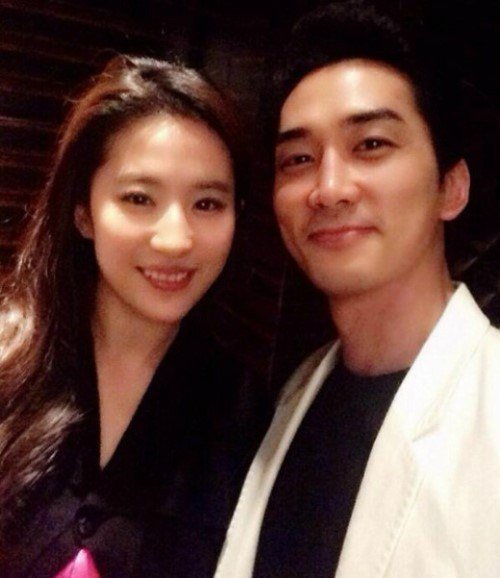 About the scandal that broke out between Song Seung-heon and actress Liu Yifei, Song's management announced that they are seeing each other and that it's only just started.

The two of them met through a movie that's being released in China on the 17th next month.

Liu's father is a wealthy businessman worth a 10 trillion won (~US$10 billion) and was chosen as the 23rd richest man in China in 2002.

Liu's home has a large garden and a pavilion and is overlooked by security 24 hours.

Her home is as big as four football fields.

Song Seung-heon is also a wealthy man of properties and was known to have bought a building in Jamwon-dong in Seoul for 11.4 billion (~$US11 million) and made a profit of 13 billion won (~$US13 million) in just 6 years.

Meanwhile, Liu Yifei debuted in 2002 with a Chinese drama and starred in several other dramas and movies and earned the title 'the next Joey Wang'.

She is also known as the 'continent's goddess' for her beauty.

"Liu Yifei, the 23rd richest family in China, owns 10 trillion won"
by HanCinema is licensed under a Creative Commons Attribution-Share Alike 3.0 Unported License.
Based on a work from this source