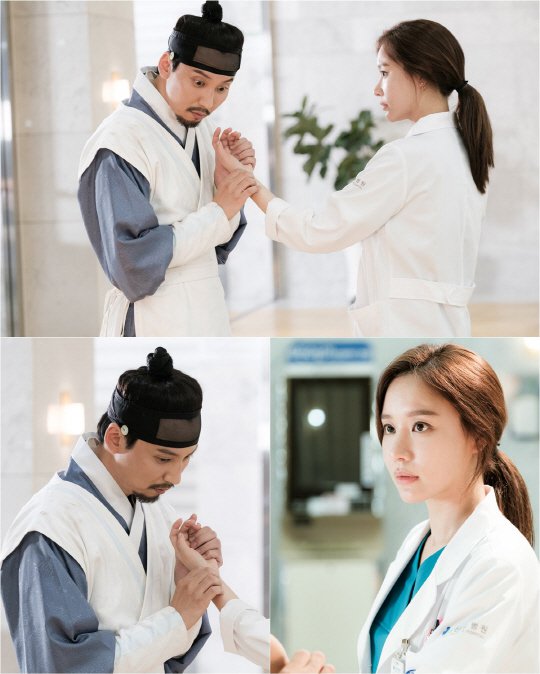 Kim Nam-gil and Kim Ah-joong are starring in the medieval tvN drama "Live Up to Your Name".

Stills of the couple were posted online on the 19th.

"Live Up to Your Name" is a medieval medical drama about Josun's greatest Korean medicine doctor named Heo Im (Kim Nam-gil) and Choi Yeon-kyeong (Kim Ah-joong) a modern day doctor. They have 400 years between them. Kim Nam-gil is back with this drama for the first time in 4 years.

The pictures show Heo Im checking Choi Yeon-kyeong's pulse. Choi Yeon-kyeong is looking at Heo Im with hostility in her eyes as he's dressed strangely and just grabbed her hand for pulse without asking. Heo Im feels something unique in her pulse and looks at her with curiosity in his eyes.

Laughter never ends on the set as Kim Nam-gil is the funny one and turns into the perfect Heo Im. The 400 years gap between them puts a difference in the beliefs of traditional medicine and modern day medicine which will lead to the two bickering and quarreling.

"Live Up to Your Name" will begin in August on tvN every Saturday and Sunday.

""Live Up to Your Name" Kim Nam-gil and Kim Ah-joong's chemistry "
by HanCinema is licensed under a Creative Commons Attribution-Share Alike 3.0 Unported License.
Based on a work from this source