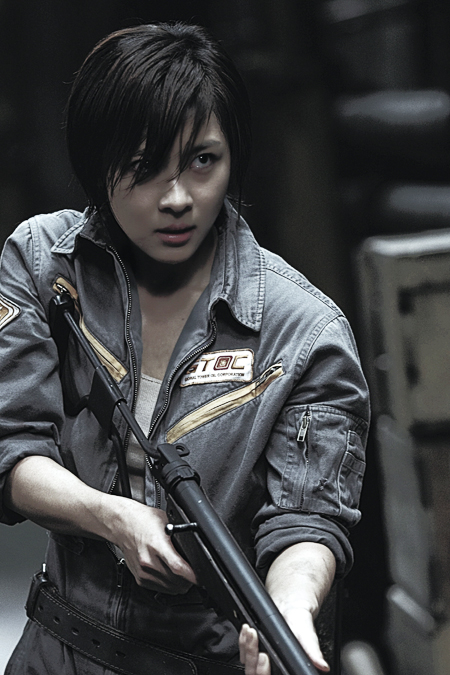 The past year has seen Korean cinema on an upward climb from the recession that hit the industry hard in the mid-2000s, particularly as homespun works made successful debuts in the Chinese box office and more experimental mid-budget films drew crowds domestically.

In the early 2000s, few Korean movies enjoyed wide releases in large neighboring Asian markets such as Japan. In September, however, "The Man From Nowhere", a 2010 crime drama, made successful box office debuts not only in Japan but also in China, one of the world's fastest growing markets.

According to its distributor M-Line Distributions, "The Man From Nowhere" ranked seventh in the Chinese box office during its opening weekend, hauling in over 5.1 million yuan as it screened in over 3,000 cinemas. In Japan it brought in some $497,520 in just two days, coming in 10th in the box office even though it opened across only 77 screens. It was the only film among the top 10 that was being shown in less than 100 theaters. 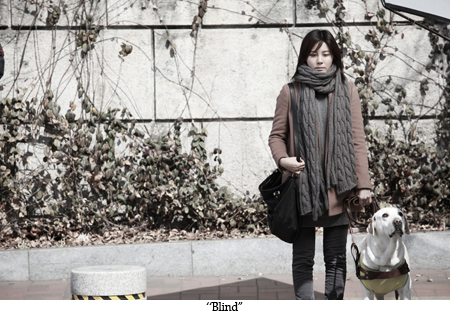 "The box office success in China was particularly surprising because 'The Man From Nowhere is rated 18 and over and features many violent scenes. We were very surprised when China Film Group approached us. The Chinese usually opt for family-friendly movies for wide releases and is known for strict censorship regulations, but the film was barely edited with a just few explicit close-ups being cut", said M-Line Distributions.

The company added that lead actor Won Bin's popularity in China also contributed to its box office success. The power of "hallyu", or Korean wave, stars (coincidentally a term initially coined by the Chinese media) also manifested in the unprecedented success of "Sector 7", starring Ha Ji-won. According to CJ E&M Pictures, its local distributor, the reputation the actress gained through the hit TV series "Secret Garden" played a significant role in promoting the film.

The 3D extravaganza became the highest grossing Korean work to open in the Asian country. The 14 billion-won project had a rather disappointing turnout here stopping short of 2.2 million in admissions, but garnered over 20 million yuan after just one week in theaters as of Dec. 14. This beats previous scores set by "200 Pounds Beauty" (16 million yuan) and "The Host" (14 million yuan) in 2009. 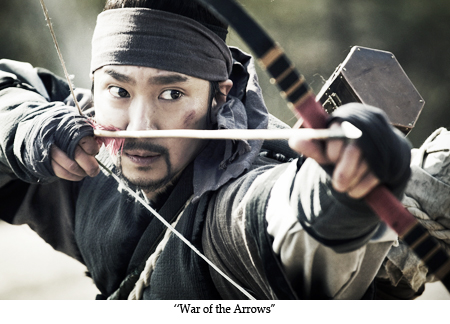 "The Chinese press took interest in the fact that a beautiful female character fights to survive against a mysterious monster, and it also helped that Ha Ji-won recently became popular in China", said CJ E&M Pictures.
Meanwhile, even franchises without a star-studded cast paved their way into the neighboring market. "Leafie, A Hen Into The Wild" became not only the first Korean animation to attract over 1 million viewers locally - with some 2.2 million in admissions - but also the first of its kind to be shown in China.

The film stopped short of bringing in about 3.93 million yuan (some 700 million won) as it played across 1,000 screens between Sept. 30 and Oct. 19. However, the film received positive reviews from critics and moviegoers. According to Chinese film media site Mtime, "the film's box office score was relatively low as it competed with blockbusters, but audiences are praising its solid storyline and beautiful visuals". 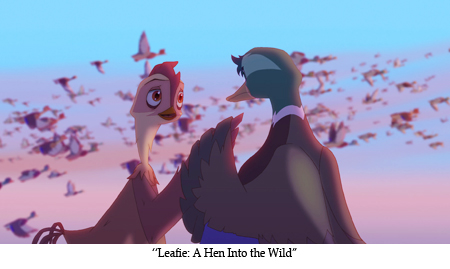 As it has been the case for the past several years, mid-budget films with less pressure to break even fared well in the Korean box office in 2011.

As it has been the case with family comedies like last year's sleeper hit "Scandal Makers", this year also saw the success of "safe" mid-budget works (less than 10 billion won): "Hello Ghost" and "Clash of the Families" fared well while "Sunny - 2010" became the third highest grossing film of the year with about 7.37 million in admissions. But more significant was how both big- and medium-budget film projects drew in crowds by featuring bold, new cinematic elements.

Among a handful of anticipated summer blockbusters, only the period epic "War of the Arrows" (aka. "Arrow, The Ultimate Weapon") became a hit, eventually becoming the second highest grossing film in 2011 after "Transformers: Dark of the Moon". This was an unexpected turnout considering that it was not as well marketed as the star-studded, action-packed ventures "Sector 7", "The Front Line" and "Quick". 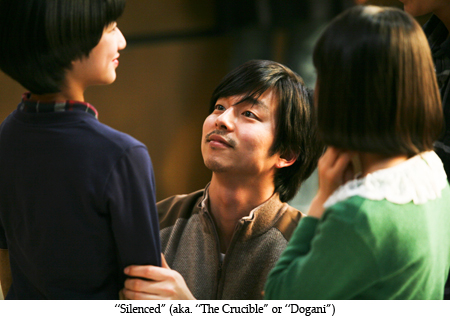 Unprecedented experimentations in the sound design and novel character developments have been credited for its box office success. "'Arrows' expanded the horizon somewhat for mainstream fare in terms of providing fresh content", said Denise Hwang, a researcher at the Korean Film Council (KOFIC).

Meanwhile, "Blind", a thriller featuring a protagonist that is not only female but physically disabled - both rare in the genre here - won popular and critical acclaim. "'Arrows' was doing so well when "Blind" was released, and "Blind" had a lot of other disadvantages", says Park Eun-jung, senior manager of NEW's distribution team. ""Blind" has a physically disabled female lead character, which hadn't been tested out in Korean cinema".

"Silenced" ("Dogani" in Korean aka. "Silenced"), based on a true sexual abuse case, ignited public outrage and even pushed authorities to reinvestigate the incident. "No one expected 'Silenced' to do well. Mid-size budget films are certainly doing better and there is certainly a more solid market for these", said Hwang.

Showbox/Mediaplex, one of the country's entertainment giants, said filmmakers are being challenged with presenting the audience with something not seen before. "The Korean audience is really picky - they want something new and different all the time. So we are always trying to come up with something unique that could sell well", said Jason Kim from the company's PR department.

"Local films foray into Chinese market"
by HanCinema is licensed under a Creative Commons Attribution-Share Alike 3.0 Unported License.
Based on a work from this source