Looking Forward to the Dramas of 2020 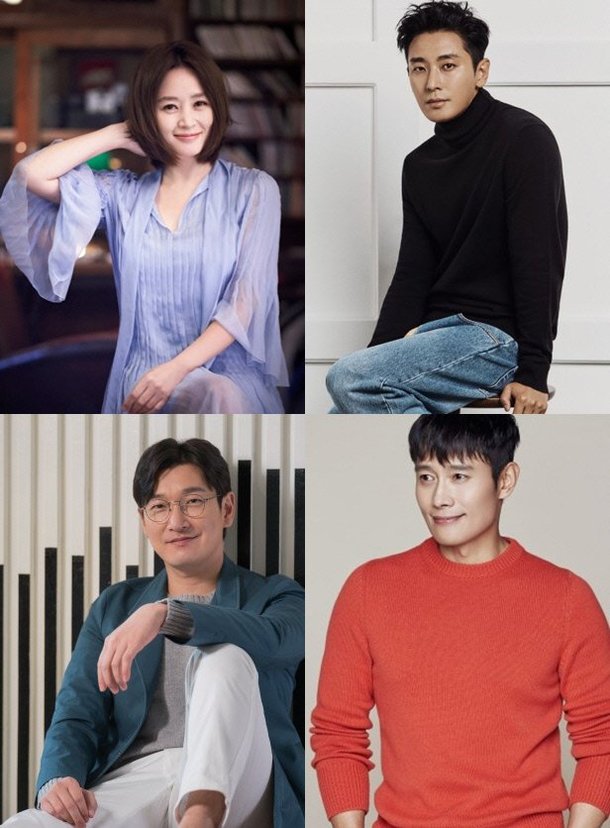 There is a line of dramas featuring famous stars and famous productions lined up in 2020.

It's the end of the year, but the drama industry is preparing for next year's dramas. As pre-production becomes increasingly common, there are a number of works that have already been filmed. We take a look at dramas coming in 2020 according to actors, writers, and seasons.

- "This actor is a must-watch"

The actor decides the genre of the drama. Those with probability and visuals are getting ready to star in new upcoming dramas.

SBS's "Hyena" is a survival drama about lawyers who represent the top 1% high class society. Rather than the intelligent and rational aspects of the existing lawyer character, it will show a diverse range of human beings involved in their interests. In addition, the casting of Kim Hye-soo and Ju Ji-hoon makes the drama something to look forward to. JTBC's "Sisyphus: The Myth" cast Cho Seung-woo and Park Shin-hye almost right away. Aside from the fact that it's a sci-fi mystery drama, nothing else is known yet. Still, the drama is looked forward to thanks to the choice of the two actors.

JTBC's "I'll Visit You When the Weather Is Nice" features Park Min-young and Seo Kang-joon. It's not about a 'prince on a white horse', but the simple and warm healing story of a man and a woman meeting at a rural independent bookstore is the driving point.

Just like a well-written scenario, the drama is a 'writer's work of art'. 2020 brings dramas from famous writers.

The most anticipated drama of all is, of course, Kim Eun-sook and SBS's "The King: Eternal Monarch", starring Lee Min-ho and Kim Go-eun. Despite the cold weather, they have started filming and are getting ready to meet viewers next year. "The King: Eternal Monarch" is a fantasy romance drama in which a deity has unleashed a demon unto the world of humans, and that demon has opened the door to a parallel world.

Writer Yang Hee-seung from MBC drama "Weightlifting Fairy Kim Bok-joo" and tvN drama "Familiar Wife", is attempting a very human-like weekend drama. "Once Again" is the turbulent story of the Song family, beginning with divorce and ending up united in love and family, starring Chun Ho-jin, Lee Jung-eun, Oh Yoon-ah and others.

The writer of KBS's "Road to the Airport", Lee Sook-yeon, is coming out with tvN's "A Piece of Your Mind", a romantic drama about the relationship between an AI programmer and a recording engineer, starring Jung Hae-in, Chae Soo-bin and more.

TvN's "Hi Bye, Mama!" is a fantasy story about a Korean funeral custom called '49 days' and it is written by Kwon Hye-joo, who also wrote "Go Back Couple".

The book "Golden Hour", written by Professor Lee Kuk-jong, an authority on treating severe trauma in Korea, will also be reborn as a drama. Based on Professor Lee's vivid experiences, it is the talk of patients at the forefront of life and death. The drama is written by So Hyeon-kyeong and Only One, of dramas "My Daughter Seo-yeong" and "My Golden Life".

Due to the popularity of previous installments, a series of works to be produced for a season 2 will also appear. "Dr. Romantic 2", which is set against the backdrop of Doldam Hospital and its real doctors, returns with Han Suk-kyu from the first season.

Another medical drama on its way is "Hospital Playlist", directed by Sin Won-ho and written by Lee Woo-jeong-I. It tells the story of a hospital of doctors, nurses, and patients based on a hobby band made up of doctors. The cast so far are Cho Jung-seok, Yoo Yeon-seok, Kim Dae-myung and Jung Kyung-ho.

The second season of "Secret Forest" is coming out too. The cooperative story about a lonely prosecutor who doesn't feel any emotion and a just and warm detective is coming back this time as a story about the murder of a prosecutor and the truth behind it. "Secret Forest 2" is also led by Cho Seung-woo and Bae Doona.

"Looking Forward to the Dramas of 2020"
by HanCinema is licensed under a Creative Commons Attribution-Share Alike 3.0 Unported License.
Based on a work from this source