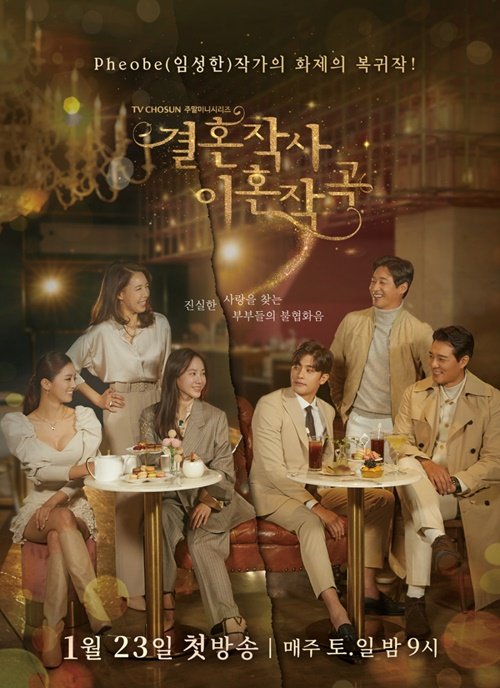 TV CHOSUN's weekend drama "Love ft. Marriage and Divorce" which first aired on the 23rd of January, tells the story of unimaginable misfortunes of three attractive female characters in their 30s, 40s and 50s.

In the first act from the first to eighth episodes, there was story of conflict and catastrophe with suspicious husbands in their 30s, 40s and 50s. In the second act, the drama goes back 10 months ago to look into the secrets of couples.

With only six episodes to go, "Love ft. Marriage and Divorce" with its continued popularity confirmed the production of Season 2. In the ninth and tenth episodes, the affair of husbands in their 30s, 40s and 50s was revealed, and the secret private lives of the three husbands were revealed in detail, signaling an increasingly amplified crisis.

"Love ft. Marriage and Divorce 2" is expected to prove the power of writer Phoebe (Im Sung-han), being more outspoken than the first season, with unconventional developments and unprecedented stories that cannot be followed.

The production team said, "In "Love ft. Marriage and Divorce 2", the unique immersive story is expected to run to the extreme".

""Love ft. Marriage and Divorce 2" to Start Production"
by HanCinema is licensed under a Creative Commons Attribution-Share Alike 3.0 Unported License.
Based on a work from this source