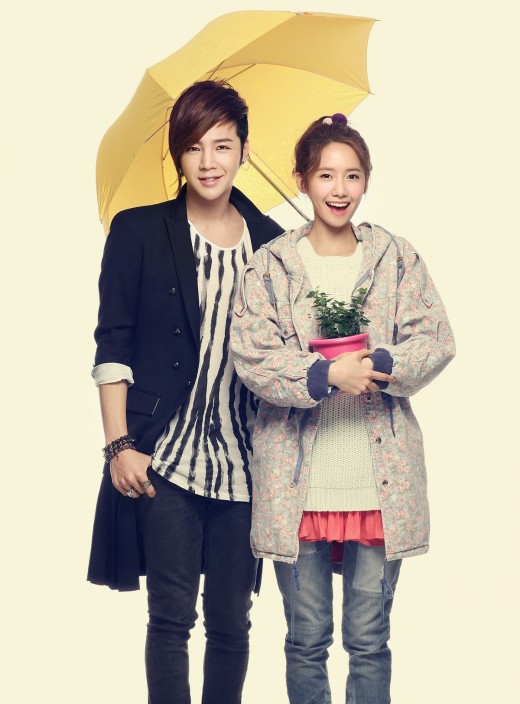 The refreshing poster of "Love Rain" with Jang Keun-suk and Yoona has been revealed.

This picture was revealed on the 20th by the production company of KBS 2TV drama "Love Rain".

Made up as the characters in the year 2012, Jang Keun-suk and Yoona posed like professionals and showed amazing teamwork. Those who were watching them smiled in pleasure.

Seo In-guk (Kim Chang-mo in the 70s) made a surprise appearance on the set to support the drama and showed even greater team work.

Director Yoon Seok-ho who took care of everything including the little props said, "The way Jang Keun-suk, Yoona and Kim Shi-hoo's eye sights change from the 70s to the year 2012 is surprising".

""Love Rain" Jang Keun-suk and Yoona's poster"
by HanCinema is licensed under a Creative Commons Attribution-Share Alike 3.0 Unported License.
Based on a work from this source