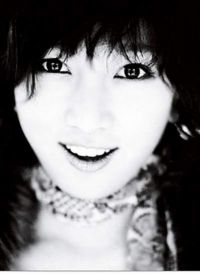 The late actress Jang Jin-yeong was confirmed to have wed a month ago, registering the marriage four days prior to her death, her management agency Yedang Entertainment said Wednesday.

The 35-year-old, who died of stomach cancer Tuesday, and her husband, identified only by his surname Kim, wed in Las Vegas in July, said Kim An-cheol, the public relations manager at Yedang, in a briefing Wednesday at Asan Medical Center, southern Seoul. Kim submitted their marriage registration to the Seongbok-gu Office on Aug. 28, he said.

The manager said that "the couple leaned on each other even through the taxing battle against cancer, and never let go of each other's hands until the very end".

He also transmitted word from Kim: "I was her (Jang) and she was me. My heart breaks that I had to let her go alone on this painful journey, and I cannot contain my sadness. I wish to, at the very least, cherish her forever in my heart. I hope to realize our Love in Heaven that we were unable to in reality".

The "Singles" heroine met Kim through mutual friends in January, shortly after being diagnosed with cancer in September last year. Kim proposed on Jang's birthday, June 14, and the two tied the knot in Las Vegas on July 26. After returning to Korea Kim submitted their marriage registration form on Aug. 28.

"Kim stayed by Jang until her last breath. Please bless their beautiful and sad love that leapt over pain and agony", said the manager.

As for inheritance problems regarding Jang's remaining property, he said that Kim entrusted everything to Jang's parents.

"I cannot disclose details but documentation for the matter has been finalized. There is not even a 1-percent chance that there will be a legal dispute for this", he said.

Jang's funerary ceremony will be held Friday morning. Her remains will be cremated and buried in Gyeonggi Province.

"Love Story Beyond Death for Late Actress"
by HanCinema is licensed under a Creative Commons Attribution-Share Alike 3.0 Unported License.
Based on a work from this source