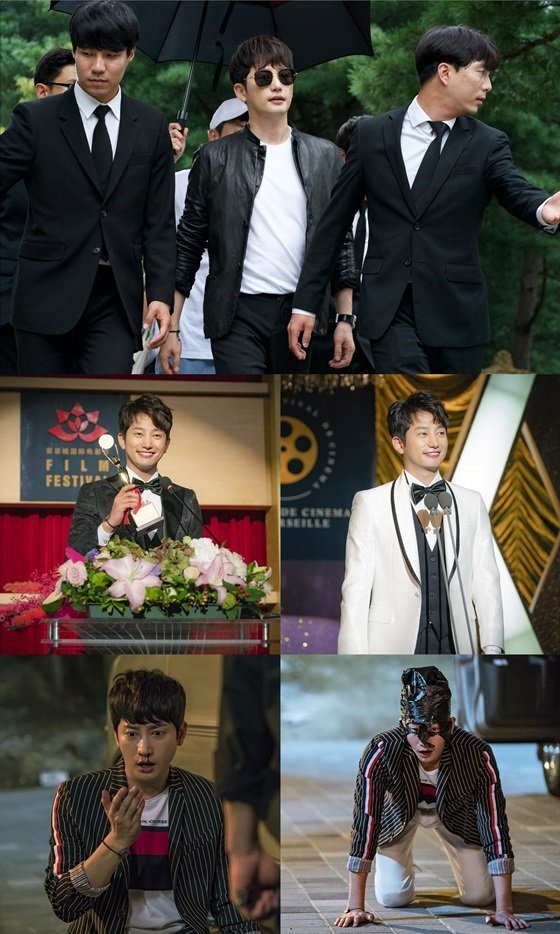 Still cuts of Park Si-hoo from "Lovely Horribly" have been released.

"Lovely Horribly" is a comedy drama about a top star and drama screen writer who share the same fate. Park Si-hoo takes on the role of Yoo Philip who has all the luck in the world.

In the picture, Park Si-hoo is walking around with bodyguards all around him.

Then in another picture, Park Si-hoo is nose bleeding and on his knees.

Yoo Philip and Ji Eul-soon (Song Ji-hyo) are bound by the law of Zero-sum which means one cannot be happy while the other is.

Like the pictures, Park Si-hoo is ready to completely ruin himself for the drama.

"Lovely Horribly" begins on the 13th of August.

""Lovely Horribly" Park Si-hoo nose bleeds and breaks down "
by HanCinema is licensed under a Creative Commons Attribution-Share Alike 3.0 Unported License.
Based on a work from this source