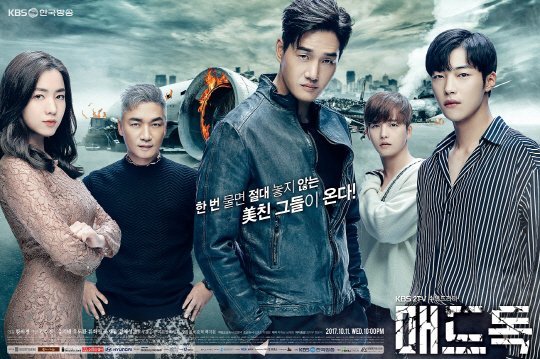 A private insurance investigative team called Mad Dog was introduced on the first episode along with Kim Min-joon (Woo Do-hwan). Choi Kang-woo (Yoo Ji-tae) decided to help Nama who was on a strike against the collapse of a building. He attained evidence of the building owner's (Oh Dae-hwan) inappropriate private life as well as flaws in the construction. The owner had planned on using the 230 billion won he got in insurance to deal with this accident. However, Kim Min-joon interfered. He reported the owner to the police and returned 230 billion won to the tentants.

""Mad Dog" starts off at 5.5%"
by HanCinema is licensed under a Creative Commons Attribution-Share Alike 3.0 Unported License.
Based on a work from this source