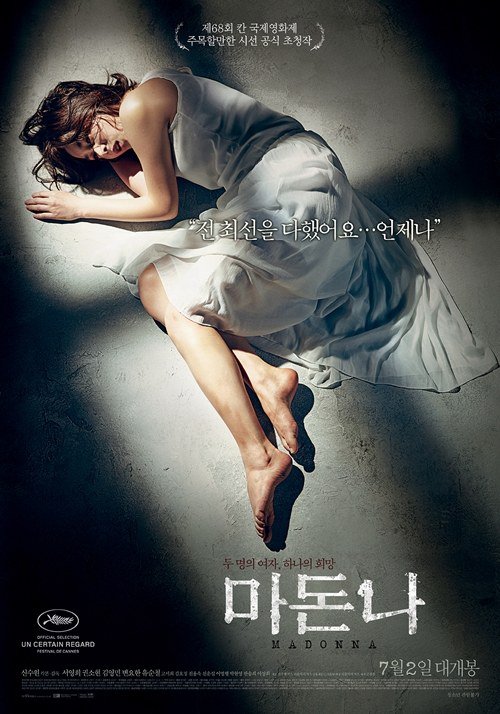 "Madonna" has been officially invited to the Stockholm Film Festival in Sweden and Rio de Janeiro Festival in Brazil.

"Madonna" is about a woman whose nickname is Madonna, falling into unconsciousness and waking up to uncover her secrets in the past.

This movie has been invited to the Asian Image category at the 26th Stockholm International Film Festival. It is one of the most renowned film festivals in northern Europe. It chooses over 200 movies from around the world and introduces different creative and commercial movies to the audience in northern Europe.

"Madonna" is also invited to the World Panorama category in the 17th Rio De Janeiro International Film Festival in Brazil. It is one of the biggest film festivals in South America and introduces 300 or so movies from around the world. It saw "Madonna" to be very lyrical and full of the other side of Korea. Officials say the movie was impressive watching it from the lead character's point of view.

""Madonna" to sweep international film festivals"
by HanCinema is licensed under a Creative Commons Attribution-Share Alike 3.0 Unported License.
Based on a work from this source