Main Poster for "Alice" With Joo Won and Kim Hee-sun 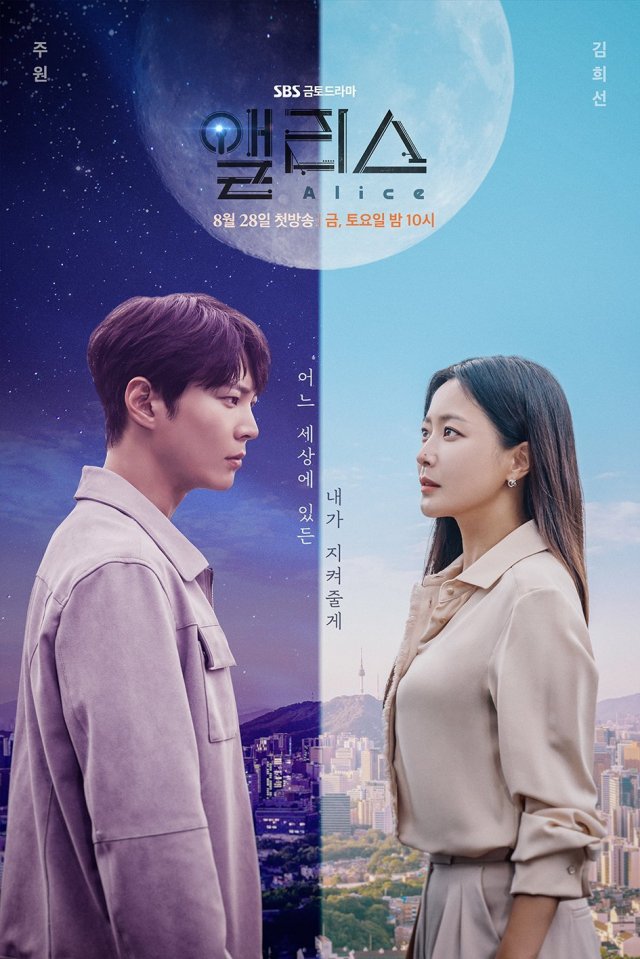 The new SBS drama "Alice" revealed a captivating poster of actors Joo Won and Kim Hee-sun on the 10th.

"Alice" is a human SF drama about a magical time travel of a woman who resembles her dead mother and a man who lost his emotions. It is anticipated as one of the best dramas to be released in the latter half of 2020.

The main poster shows Joo Won and Kim Hee-sun looking at each other while facing each other in the same world, although they seem different at night and day. The deep eyes of the two, and the expression of the two crossing the mystique and the dimness, leave a great deal of curiosity and steal the attention.

Kim Hee-sun's presence is also eye-catching. In the drama, Kim Hee-sun plays Yoon Tae-i, a genius physicist. Yoon Tae-i feels intense curiosity about Park Jin-gyeom, a mysterious man who suddenly appears in front of her. This man tells her she looks like his dead mother. Yoon Tae-i solves a special secret with this man. In the main poster, Kim Hee-sun shows not only the charm of Yoon Tae-i but also her heart toward Park Jin-gyeom. Kim Hee-sun's potential to concentrate the viewers with her existence alone is amazing.

At the same time, Joo Won and Kim Hee-sun's perfect harmony is also impressive. Two attractive actors are facing each other. Not only good looks, but also their deep acting, expression and rich emotional lines show fantastic synergy.

Here, the copy of "I'll protect you in any world" focuses on the mysterious atmosphere of the drama "Alice". How does "Alice" embody the story of two men and women trying to protect their precious people through a special genre called Human SF? "Alice" premieres on the 28th.

"Main Poster for "Alice" With Joo Won and Kim Hee-sun"
by HanCinema is licensed under a Creative Commons Attribution-Share Alike 3.0 Unported License.
Based on a work from this source