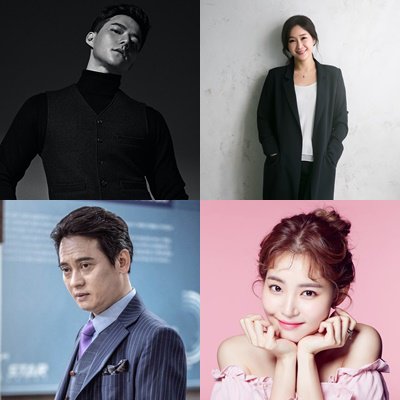 The new MBC miniseries "Man Who Dies to Live" revealed its cast.

"Man Who Dies to Live" is a comedy human drama about a count who lived life like Mansur, arriving in Korea to find his daughter and going through unexpected events. The casts are Choi Min-soo, Kang Ye-won, Shin Sung-rok, Lee So-yeon, Jasper Cho, Bae Hae-sun, Kim Byung-ok, Hwang Seung-eon and more.

Jasper Cho is Abdullah, the count's assistant. He is the count's helper and entourage and plays a big part in the drama. Choi Min-soo is the count and they will create a kind of bro-mance.

"Man Who Dies to Live" will begin in July.

""Man Who Dies to Live" Jasper Cho, Bae Hae-sun, Kim Byung-ok and Hwang Seung-eon"
by HanCinema is licensed under a Creative Commons Attribution-Share Alike 3.0 Unported License.
Based on a work from this source