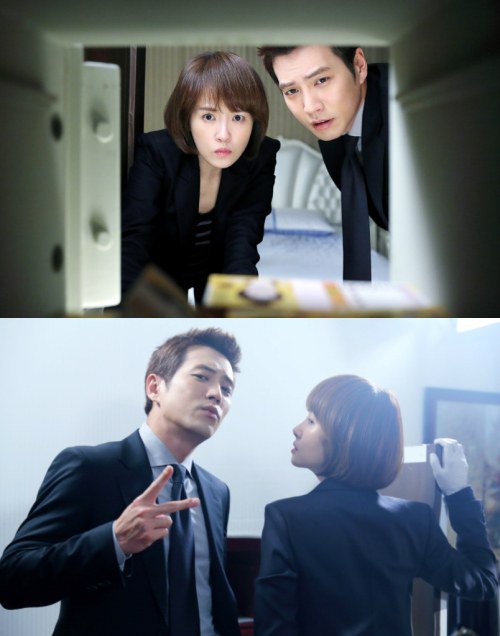 Everyone is looking forward to seeing Kim Sun-ah and Joo Sang-wook in "Masked Prosecutor".

The first episode is coming up this 20th and stills of their chemistry have been revealed.

They each play Ha Dae-cheol and Yoo Min-hee, an investigator and analyst. Jo Sang-wook looks sly and coy on the outside but he's passionate enough to deal with crime in a mask. Kim Sun-ah is a justifiable character who isn't shaken by anything.

Kim and Joo have already created a synergy effect while filming the drama. They are also known as the trusted actor and actress thanks to their outstanding talent and understanding of characters.

Joo Sang-wook and Kim Sun-ah make it hard to believe that it's their first time working together.

"Masked Prosecutor" is a drama about Ha Dae-cheol who uses his fists to deal with problems he can't solve in the name of an investigator and Yoo Min-hee who is full of passion.

""Masked Prosecutor" Kim Sun-ah and Joo Sang-wook"
by HanCinema is licensed under a Creative Commons Attribution-Share Alike 3.0 Unported License.
Based on a work from this source