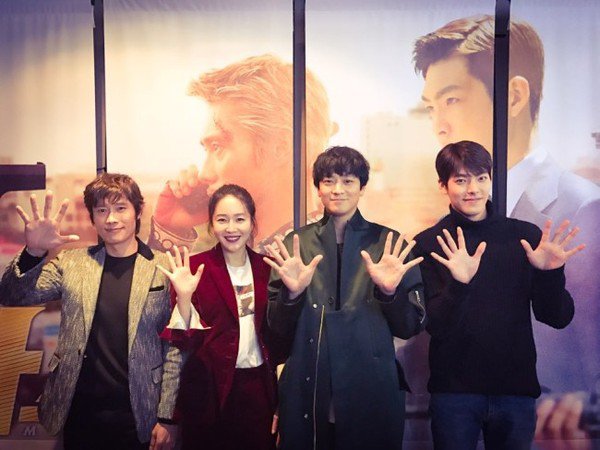 Lee Byung-hun, Gang Dong-won, Kim Woo-bin and Uhm Ji-won are posing in front of a "Master" poster with their hands signaling '5 million'.

According to the Korean Film Council, "Master" recorded an astounding 5,061,907 audience on the twelfth day since its release.

This is a day faster than "The Attorney" (11,374,610) which was a record breaking movie released in December.

The record was made faster than the movie "Ode to My Father" (14,257,115) and anticipation for the movie increased.

Meanwhile, "Master" is the thrilling action between the greatest fraud and an intelligence investigations team.

""Master" breaks through 5 million, Lee Byung-hun, Gang Dong-won and Kim Woo-bin's Thank You shot "
by HanCinema is licensed under a Creative Commons Attribution-Share Alike 3.0 Unported License.
Based on a work from this source