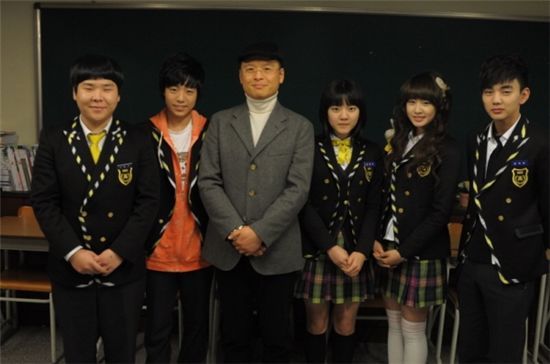 Norifusa dropped by the show's set during his visit to Korea last week, talking to some of the cast members and having dinner with the actors and crew.

He is said to have thanked Korean actor Kim Soo-ro -- who plays the lead role Kang Seok-ho -- for portraying the character well and asked him to keep up the good work. Kim returned the compliment by handing the artist a gift, which included a DVD of his previous TV series "Our School E.T".

Norifusa gained famed with the success of "Dragon Zakura", which was published in Japan's monthly magazine "Weekly Morning" from 2003 thru 2007. The award-winning "Zakura" series was also adapted into a Japanese TV series of the same name.

Based on "Zakura", "Master of Study" is about a determined lawyer (played by Kim) who offers to teach five rebellious students and get them accepted into the country's top college. The drama also stars some of the best young actors in Korea including Yoo Seung-ho, Lee Hyun-woo and Go Ah-sung. 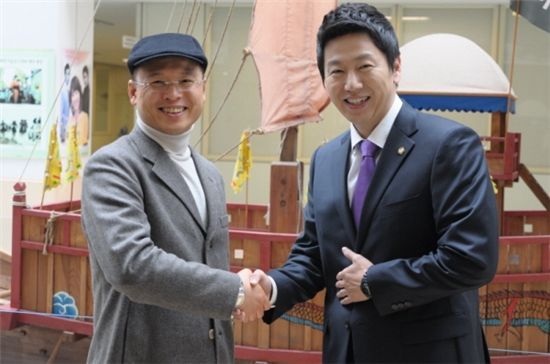